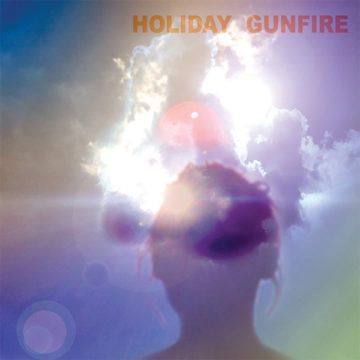 Though Birmingham, Alabama isn’t the most likely birthplace for a perfect amalgam of 1990s sounds, that is exactly what these veterans of Verbena, Twinside, Great Lakes, and Nowhere deliver. From the opener “Nuevan” on, Holiday Gunfire is a collection of paeans to the emperors of the decade in which grunge and alternative broke out of basements and into college dorms everywhere.

Naturally, the electric guitar is first and foremost; even in exploring sounds from the past, though, the band maintains relevance to modern music. There is no reinvention needed, as Lester Nuby and Jason Hamric’s guitars evoke a who’s who of the era. The first single, “Imaginary Friend”, sounds like Matthew Sweet on 100% Fun, after he abandoned the self-imposed limitations of his reverb-less masterpiece, Girlfriend, and the entire album is sprinkled with sounds borrowed from Bob Mould’s post-Hüsker Dü band, Sugar. Effective guitar solos abound. “Fake It” sounds like the shoegazing of The Jesus and Mary Chain or My Bloody Valentine, but fueled by amphetamines. On the most bass-heavy song, “She’s Got a Machine”, Craig Ceravolo plays with a pleasant and precise tone.

In summary, Holiday Gunfire is a reminder that well-executed guitar music can be peerlessly inspirational.

Wayne grew up in southwestern Virginia on a steady diet of country music before graduating to the Clash, Danzig, Fugazi and the indie and grunge scenes in the 1990s. He lives for live music and writes for Spill as a backup plan in case Trump wins re-election and he needs some Canadian connections.
RELATED ARTICLES
album reviewalbum reviewscornelius chapel records
8.0