4
new
SPILL VIDEO PREMIERE: ONE IN THE CHAMBER – “BLOW”
SPILL ALBUM REVIEW: LEE FIELDS – LET’S GET A GROOVE ON
SPILL FEATURE: THINGS WILL BE BETTER FARTHER ON DOWN THE LINE – A CONVERSATION WITH PACIFIC RANGE
SPILL FEATURE: HOW THE STRONG WILL SURVIVE – A CONVERSATION WITH DREW ARNOTT OF STRANGE ADVANCE
Album Reviews
134
previous article
SPILL ALBUM REVIEW: FRANK TURNER - BE MORE KIND
next article
SPILL NEWS: COWBOY JUNKIES SHARE NEW MUSIC FROM UPCOMING LP, PERFORM AT MASSEY HALL ON MAY 24 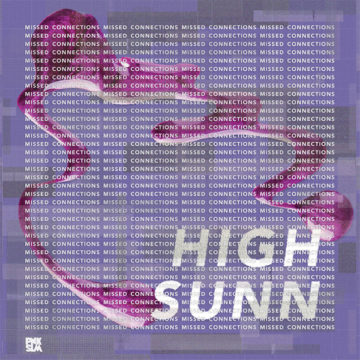 The album mainly chronicles what it is like growing up. This is such an interesting take because Justin Cheromiah is only 18 years-old. That means people get a chance to see what it is like growing up in the modern age. His sound is something like Modest Mouse with the vocals of Phoenix. The album is set up to be like going through high school. It chronicles a bunch of firsts, like a first kiss, a first date, and going through school. The musical aspects of the album are what’s the most impressive. It sounds so professionally made by such a young kid. The beats are very catchy, and the lyrics tell a story. There isn’t anything incredibly introspective on the album, but that’s okay. It feels like a great summer jam album.

The album doesn’t do anything revolutionary, but it makes for some fun little jams. It shows the High Sunn knows what he is trying to do and is doing to the best of his abilities. He shows a knack for knowing what his music is going for. That means that he will only get better. He is a talent that is just going to continue to grow.