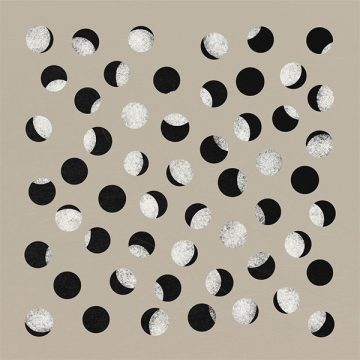 Half Moon Run is at the top of their game. Formed in Montreal in 2009, they released the Juno Award-winning album A Blemish In The Great Light in 2019, easily their best music so far. After following this up with a new EP Seasons of Change in July, they have now released The Covideo Sessions.

The album contains “isolation versions” of songs from A Blemish In The Great Light, Seasons of Change, and a few older albums. The lack of new material may raise questions about how necessary it is to release an album of old songs, especially after the band’s recent releases within the last year.

However, The Covideo Sessions is for the fans, pure and simple. After the band shared videos of songs recorded in isolation on their social media, they received a visceral response from fans. Eventually, this became a video series, which you can watch on their YouTube channel, before the songs were finally released as an album.

“It was your enthusiasm that brought this to be,” notes band member Conner Molander in a letter to fans. “We were so energized by your warm response to our first homemade isolation video that we decided to keep doing them. It was a meaningful and productive way to spend some of our time during quarantine, and so we thank you for giving us that. Before we knew it, we’d done 11 ‘Covideos’, and the audio from each of those videos is what comprises this album. Major props to Dylan who levelled up his audio mixing skills several times over during lockdown, and did all these mixes.”

The album is very well-produced, considering the songs were recorded in isolation at home studios. The members of Half Moon Run are undoubtedly talented and this stripped-down format highlights their musical ability. Listeners can clearly hear each instrumental layer and intricate vocal harmony, especially while watching the accompanying video for each song.

During a time when live performances are on a global hiatus, The Covideo Sessions is a chance for fans to experience songs that they love in a new way. While they do not depart too much from the studio versions, it still feels refreshing. It may not be anything new, but at least it sounds amazing.

Kieran Davey is a freelance writer and music enthusiast from Vancouver, Canada. He particularly enjoys alternative rock, groovy hip-hop, and basically any music from the 60's. Aside from reviewing music, he also loves playing guitar and spending time in nature.
RELATED ARTICLES
album reviewalbum reviewscrystal math
9.0