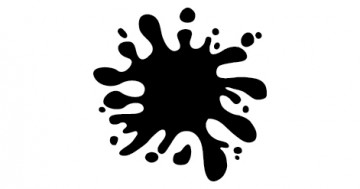 Fred Thomas is a songwriter/producer who has been creating a steady stream of material for fifteen years. After releasing a series of singles, Thomas was encouraged to focus on putting an album together. After his first album, 2015’s All Are Saved, Thomas’s career began to grow. While on tour promoting the release, he was inspired by everything around him, and began to write his second album.

Thomas has released his second album, Changer, an indie rock album produced by Drew Vandenberg. Changer is a verbal catalogue, showcasing a period of immense change in Fred Thomas’s life. A resignation, marriage, and move, all seem to have inspired the album. As the album progresses, listeners are shown an underlying glimmer of hope, which ultimately assembles the songs. Thomas’s remarkable storytelling ability is shown through each lyrical collaboration. As he expresses the ups and downs of his previous experiences, he shares his thoughts about the situations he has faced. These thirteen tracks, all with a different and unique sound branching through each song, give an inner look at Thomas’s unique and creative mind. Thomas went on multiple tours, which shows that ranged on the spectrum from empty bars to sold-out performances. The title Changer was inspired by Thomas’s attempt to capture this unique phase in his life with the use of melody and lyrical combination.

Changer is more of a ‘spoken word’ collection of songs that all meld together, with an underlying catchy, rhythmic sound, that is completely unique. Each song is full of poetic lyrics, but have an upbeat sound. You cannot help but be encompassed by every song on the album. This 33 minute collection shares the story of grim events, while providing a positive spin. The rhythmic sound will surely send listeners back to delve through Thomas’s large collection of songs.

In the opening track of the album, Thomas declares, “In every picture you just looked so sad! / But I guess that was what you liked /I could never understand / Why you wanted that imaginary life”. This is only one of many verses that cause listeners to stop and think. His unique style causes gentle self-reflection, and criticism of certain societal roles and values.

Emily Nutson is a photographer currently based out of Sarnia, Ontario. Her profound love for music and the industry that comes along with it has greatly affected her photography and style. While drawing inspiration from her mentors she has been able to meld together both her own style and draw inspiration from those around her. When not immersing herself in music, Emily can enjoys venturing around South-Western Ontario to find new and unique locations for photo shoots.
RELATED ARTICLES
album reviewsfred thomaspolyvinyl records
8.0