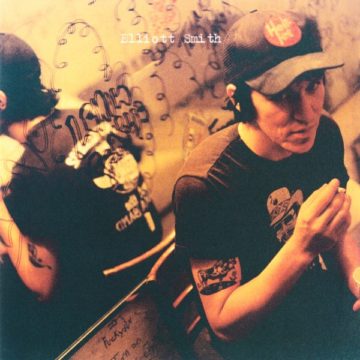 Elliott Smith’s classic 1997 album, Either/Or, is widely regarded as his most notable work. To commemorate the 20th Anniversary of its release, Kill Rock Stars has been kind enough to re-master and expand a reissue. The album includes the original tracks with careful touch ups and delicate adjustments. Larry Crane (owner of Jackpot! Studios and archivist of Elliot Smith’s estate) has overseen and supervised the record. The record also includes five songs recorded live in 1997, at Smith’s performance at Yo Yo A Go Go Festival in Olympia, WA, three unreleased studio recordings and one B-side masterpiece. The 17 song, double LP is packaged with a gatefold jacket and an insert of Smith’s original liner notes, a postcard of the original master tapes and a handful of never seen photos. The collection is a must have for both new and old Elliot Smith fans.

Standouts on the original album like “Angeles” and “Pictures Of Me” still remain gems, but the new editions tastefully brings out a clearer vision for Smith’s work. Since this album was never meant to be straightforward pop or overly produced, the 20th anniversary does correct, adjust or re-do too much. The intricacies that make his songwriting both pleasant and meaningful remain fully intact. Smith’s ability to make something sound intimate, whether it’s in your bed or in an arena, is only brought into a finer light with this edition. The classic “Cupid’s Trick” is brought to life with newly perfected bass and drums and has a sound that is bigger than ever when it opens up with the electric guitar. The album also includes a handful of great live recordings including the driven and bubbly, “Some Song,” which contradicts the silly and simple, funky and fun organ number, “New Monkey.” The album closes with a great alternate version of “Bottle Up and Explode!” that should not be missed.

Either/Or came at a time when Smith was searching for his true voice as a songwriter and this new edition only enhances his rough edges and imperfect beauty. Many of his fans feel that this was Smith’s best work — and last in terms of being an intimate and beloved storyteller. Following Either/Or, fans saw Smith diving into the world of being a pop-star and some will say he sold out. Realistically, he had the rare ability to be both. The 20th anniversary remaster of this album combines and shows off two different sides of Elliot Smith, his push and pull between remaining an indie-folk heart-throb and becoming a star whose words could touch millions of lives. In this transitional period of his life he portrayed love, loss, addiction, heartbreak and so much more. And he, as only Elliot could, did it deeply and broadly and with extraordinary emotion. The new production of Either/Or successfully enhances and humbly strengthens the despair, joy, passion, and sentiment in Smith’s songwriting.

After majoring in business & entrepreneurship at UCSB and traveling the world, Andrew moved to Los Angeles to pursue music and not give up his love for surfing, hiking and yoga. He is also in a couple really cool, up and coming, indie-rock bands in LA - Mothlight & Lone Kodiak.
RELATED ARTICLES
album reviewseither/or: expanded editionelliott smith
8.0