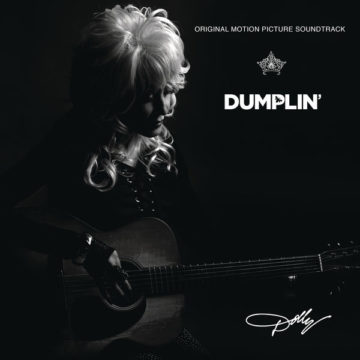 Dolly Parton’s new album, Dumplin’  is just in time for Christmas and has good cause for you to get a copy for your mom (and you) this holiday season. Dumplin’ is the soundtrack of Netflix’s new musical comedy about a plus-size teenage daughter of a former beauty queen (Jennifer Aniston) who adores Dolly Parton and her music. The featured vocalists throughout the album are a fantastic addition to Parton’s luxurious voice and storytelling. “Wonder Why” features Mavis Staples and gives the song texture with her smokey, rosy harmonies. What I enjoyed most about Dumplin’, was the song “Push and Pull” featuring Jennifer Aniston and Danielle Macdonald. “Push and Pull” is a vibrant song with delicious guitar work and tasty lyrics, and will definitely will be on repeat this winter. I almost wonder why it wasn’t the first single released. While the vast majority of the album is a splendid wonderland, I feel that first half of Dumplin’ misses the spark that Parton has in tracks “Who” and “Push and Pull”. The entire album sounds exactly like what you think a Dolly Parton album should sound like, however at times the production is too perfect and doesn’t feel genuine. There are few faults in Dumplin’ and all fans of Dolly Parton need to hear the new beautiful arrangement of Jolene with strings. Dolly is still a Queen.