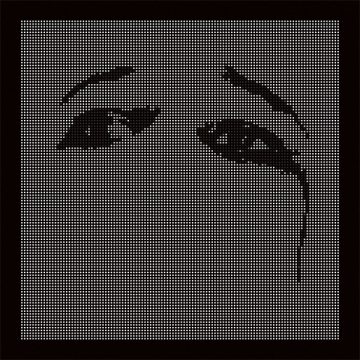 Four years ago, Deftones released Gore, the most drastic departure from their known alternative brand of metal. Now, the band has reunited with long-time producer, Terry Date, who produced the first four Deftones’ records up to 2003’s self-titled release, for their latest album, Ohms. The result is a creative revival that sounds reminiscent of their work from two decades ago mixed with the strongest musical aspects of 2010’s Diamond Eyes and 2012’s Koi No Yokan.

Opening with the single, “Genesis”, Deftones set the tone properly with a track that sounds as if it should have been on their seminal album White Pony (2000). The aggressive track is unrelenting, explosive, and bound to be a favourite among the album. On the other hand, the album concludes with the title track, “Ohms”, the first single released ahead of the record. Unlike “Genesis”, this is perhaps the most similar track to their recent albums with its melodic vocals and long guitar runs drenched in shoegaze inspired tones.

Between the singles lies eight more tracks, each less distinctive of a particular era in Deftones’ catalogue, and more reflective of a refreshing collision of old and new, making for a modern sound that remains distinctively that to Deftones. The band seamlessly blends a barrage of volatile alternative metal with ambient breaks, as best heard between the aggressive, rhythmic guitar chugging and the atmospheric verses of “Urantia” and the contrasting heaviness and spaciousness of “The Spell Of Mathematics”. All of the 10 tracks are strong, however, the blistering pace of “The Link Is Dead” and the chaos of “Radiant City” stand as definite highlights on an incredible album.

Front to back, Ohms is a sonic journey and, in many ways, is among the most ambitious collections of music from Deftones which makes for a very strong case for the title of Album Of The Year. Their drive to make the connection between their recent material along with their classic albums is admirable, and is sure to open a new and exciting chapter for the band to press forward as songwriters and performers. Most importantly, Ohms is a statement piece which speaks to the level of musicianship of the band and their continued pursuit to push the boundaries of their own songwriting abilities as they experiment with structures, odd time signatures, and shifting pulses, tones, and dynamics. Despite a level of sophistication found throughout Ohms, however, Deftones remain just as viscerally raw as ever.

A passion for music has always been a part of Gerrod’s life. As a young boy, he was raised on a steady diet of the music from The Chili Peppers, Aerosmith, The Stones, Prince, and others from his mum. Raised in the GTA, Gerrod continued to foster his love for music by attending a wide range of concerts and learning the drums. His unapologetic passion for music has no bounds and has spread to a wide variety of styles, whether it be the 90’s rock that sound tracked his teenage years, the jazz he studied in university, or his newfound love for hip-hop. He recently received his bachelors in music and education from York University and is passionate about writing and reviewing good (and less than good) music. Gerrod is also the drummer and songwriter for a Toronto based rock & roll band, One In The Chamber.
RELATED ARTICLES
album reviewalbum reviewsdeftones
8.0