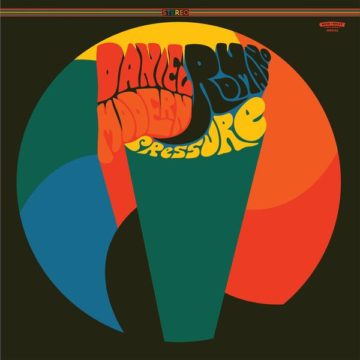 Modern Pressure is solo album number seven for this prolific artist, and for the most part, no two albums sound the same. He has also been in a number of bands (Attack in Black; Daniel, Fred & Julie) as well as recording under a pseudonym, Ancient Shapes. Modern Pressure was recorded in a cabin in Finnsäs, Sweden, with some additional work in Toronto. Romano produced the album, and it was engineered by long time collaborator, Kenneth Meehan. Otherwise, Romano is responsible for everything you hear.

One of the many things I have always admired about Daniel Romano is that he does not repeat himself. Each album is a new sound. There is no way of knowing what one will hear with a new release from Mr. Romano. He has recorded folk, country (1960s/1970s country to be more accurate, pre Urban Cowboy), pop, rock, and punk. I would not be surprised if he released an album of his version of polkas.

Modern Pressure is Romano channelling late ’60s, to late ’70s Bob Dylan. This is not saying he copies Dylan, or that style, but the feeling, overall production, arrangements and Romano’s voice, are all reminiscent of this time period for Dylan.

Romano writes very clever songs, with interesting lyrics that will take months to truly figure out, and he keeps the music interesting throughout. His albums are like his career: you don’t know what direction he is going in, even within the structure of the album. You basically click your seatbelt and let him drive.

The songs are well recorded and even though the album seems to be all over a Bob Dylan landscape map, Romano fits everything together and presents a coherent, consistent album.

Romano never disappoints, and this album is no exception. His last album, Mosey was released in 2016, and he pretty much releases an album a year.  The fact that he has released so much music over the past ten years speaks to his ability to write and produce. He is a true talent.

Born and raised in Whitby, Aaron discovered music through his love of The Beatles. This led to a career in radio, writing for various publications, and ultimately a radio show about The Beatles (Beatles Universe), which ran for over four years. When not immersed in music, Aaron enjoys spending time with the loves of his life -- his wife Andrea, and daughters Emily and Linda (all of whom have an intense love of music too).
RELATED ARTICLES
album reviewsdaniel romanomodern pressure
9.0