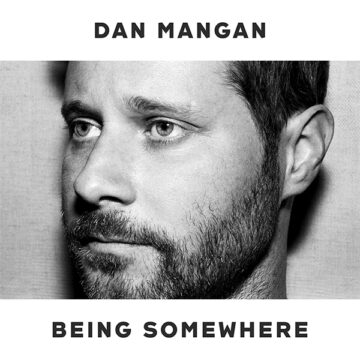 Ok, so there are certain canons and formulas for any musical genre, and that includes folk music as the domain of singer songwriters, where you don’t go further than mid-tempo and favor your acoustic instrument(s), particularly an acoustic guitar. Oh, and the lyrics have to really tell you something.

On his sixth studio album, Being Somewhere, Dan Mangan sticks to that lyrics rule, the rest he throws out of the window, or to be more precise out of the recording studio.

“I wanted this album to feel like the inside crook of a familiar elbow on the nape of your neck, a comforting embrace” says Mangan, “These songs are tenderhearted and unfurl like an overdue conversation with a dear friend. They essentially lay out where we’re at, how I’m doing, and how I think I can help.”

And yes, his lyrics shine through, not only because Mangan knows how to use them and why he is using them, but because he and his collaborator/producer Drew Brown (Radiohead, Beck) foiled these words into some intricate musical concepts that go beyond your usual acoustic guitar/piano combinations (sure, they use those too), but defy what you would usually describe as ‘standard’ folk music. This is an album that grows on you by the minute.

Formerly a lot of things, including a journalist and a translator, currently a freelance writer living in The Netherlands.
RELATED ARTICLES
album reviewalbum reviewsarts & crafts
8.0