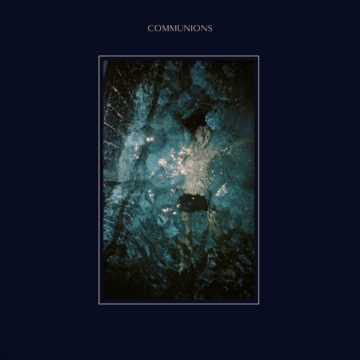 Hailing from Copenhagen, Communions have finally released their debut album. This is one highly anticipated release. The band features brothers Martin (vocal and guitar) and Mads Rehof (on bass), as well as Jacob van Deurs Formann (guitar) and Frederik Lind Köppen (drums). They formed in 2014 and have released two well-received EPs, as well as a couple of singles. But finally, here is the album everyone has been waiting for.

The result is a well-recorded, energetic, enthusiastic album. I am sure it will translate well to the live concert stage. These guys have done their homework, as the album has traces of bands from the 60s through to the 80s. Good old fashion guitars and drums; very refreshing in this day of preprogrammed, over modulated pop music. Communions produce music as a force. Comparisons to The Cure, The Smiths, The Chameleons, and numerous power pop bands from the late 70s float throughout the album. Basically, it’s well-written, tight, melodic guitar driven rock.

Make no mistake: these guys are good. Real good. The music takes you back to the exciting part of the 80s when anything was possible in music, when The Smiths were played alongside Human League on the cool stations. This music brings you back there. Martin Rehof’s voice takes you there, their sound and production takes you there, and the songs take you there.

This is one great album, but it just misses the mark due to the sameness throughout. While listening to the album, I kept waiting for the next song to break out, experiment, play around with their instruments, but very quickly they return to their regular groove. It is a great groove, but it still needs to be changed up once in awhile.

This is a band that will make headways, and given that this is their debut album, and given that they are young guys feeling their way, there are greater things are to come. This album is a springboard. This is a band that will be talked about in the years ahead and will, in all likelihood, turn the music world on its ear. They just have to get to that point. I mean, in 1963, who saw Revolver coming after listening to Please Please Me? It is the same with Communions. They have the talent and a distinct, guitar-driven sound. They just need to expand the boundaries of this sound, and you have a classic band in the making.

Born and raised in Whitby, Aaron discovered music through his love of The Beatles. This led to a career in radio, writing for various publications, and ultimately a radio show about The Beatles (Beatles Universe), which ran for over four years. When not immersed in music, Aaron enjoys spending time with the loves of his life -- his wife Andrea, and daughters Emily and Linda (all of whom have an intense love of music too).
RELATED ARTICLES
album reviewsbluecome on i'm waiting
9.0