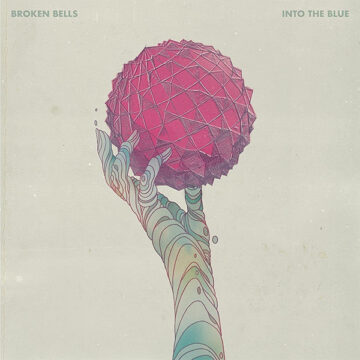 Broken Bells
Into The Blue
AWAL

Broken Bells’ third album, Into The Blue, is one of those records that make it worth the wait required to finally hear them. Coming a good eight years after its immediate predecessor, it shows all the hallmarks of a long and considerate work in terms of composition, cultivation of sound, piecing together of a track list that feels like it’s telling a story, and production.

It is a very classic-sounding record, in which the Los Angeles-based duo deftly injects a number of callbacks, more or less obvious, to the great rock glories of the past into their own smooth indie-rock voice. Some of these suggestions jump out more vividly than others: it would be hard to listen to the instrumentals on “Love On The Run” without thinking of Gilmour-era Pink Floyd, while it takes a more cautious listen to catch echoes of mid-2000s Black Rebel Motorcycle Club in the slightly dirtier, more echoey tracks like “Forgotten Boy”, which is in itself one of the most intriguing on the record.

A blend of mellow vocals, subtle distortions, atmospheric, tinkly guitars and carefully crafted instrumentals, Into The Blue goes a long way towards perfecting the sound Broken Bells have been crafting for themselves, infusing indie almost-ballad structures with hints of country and psychedelia. Yet there is something holding it back still, a more daring step yet to be taken, that leaves a slight frustration with what is otherwise a moody, immersive record with a delicate but well-defined voice.

Born in Sicily and living in Cardiff, UK, Chiara is a novelist and journalist who has written for Gigwise, DSCVRD Magazine, and more. Her first great love was classic rock, but she is also passionate about punk, electronica, blues, glam rock, and always eager to discover artists who are doing something bold and new.
RELATED ARTICLES
album reviewalbum reviewsawal
8.0