News
892
previous article
SPILL TRACK OF THE WEEK: THE FOREIGN RESORT - "SEND YOUR HEART TO THE RIOT (CREUX LIES REMIX)"
next article
SPILL MUSIC PREMIERE: WE FOUND A LOVEBIRD - "IT AIN'T STICKIN'" 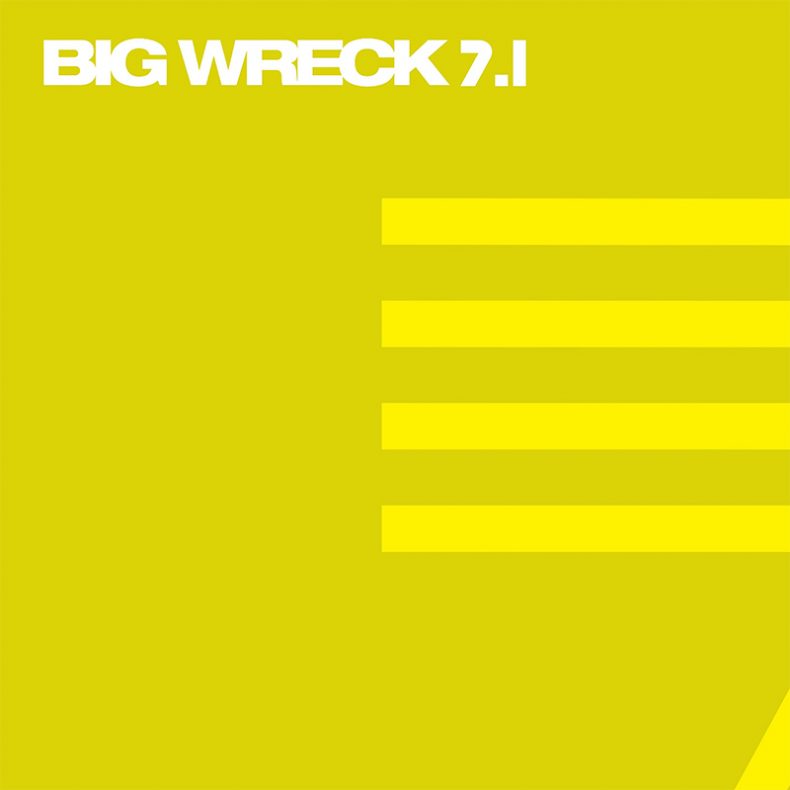 Today, beloved rock phenom Big Wreck announces a November 19th release for a brand-new EP titled Big Wreck: 7.1 (via Warner Music Canada). The first EP of what will be an immersive three-volume collection, Big Wreck: 7.1 features 5 impressive new tracks from the band including the standout riff-heavy lead single “Bombs Away”. Arguably the heaviest track Big Wreck has released to date, “Bombs Away” can be streamed/purchased HERE.

“It started from a riff that has been around for years,” shares lead vocalist and songwriter Ian Thornley. “It was a riff that Brian (Doherty) brought up during a soundcheck a few years back, and I had all but forgotten about it. That riff is what you hear in the intro to the song, and gave birth to the ideas that now shape Bombs Away. The song has a relevance to the landscape of today. And another example of how Brian is still with us, in our songs, and our souls.”

Produced by Ian Thornley and the Juno award-winning Eric Ratz (Billy Talent, Arkells), Big Wreck: 7.1 is a wealth of riches for the Big Wreck faithful and new fans alike. Despite its relatively short runtime, the first installment of the triad encapsulates the raw, anthemic rock of Big Wreck’s inaugural LPs – 1997’s In Loving Memory of… and 2001’s The Pleasure and the Greed – and edgy eclecticism of their more recent offerings since reforming in 2012, including 2019’s dynamic …But for the Sun.

Joining Thornley and longtime bassist Dave McMillan for the sessions is guitarist Chris Caddell, who entered the fold in 2019 following the passing of founding guitarist Brian Doherty. Another fixture in the line-up is drummer Sekou Lumumba, who performed with Thornley’s eponymous solo project in the early aughts and a diverse group of other big names since.

“Everybody’s got their own fingerprints on this, and it felt as natural as anything,” Thornley enthuses about the new recordings. Reports and reviews of recent shows have called this the best iteration of Big Wreck they’ve heard, and Thornley admits he’d have a hard time disagreeing.

Alongside the thundering “Bombs Away”, Big Wreck: 7.1 features the beautifully orchestrated “Fields”: an upbeat and uplifting track sure to have long-time fans feeling right at home, the absolutely smoking and masterful “High on the Hog” which gives the entire band a chance to flex their chops and serves as an earnest reminder of Thornley’s impressive range and impactful prowess as a vocalist, the epic melodic call and response driven “If All Else Fails” and the fuzzy distortion-rich “Beano”. Big Wreck: 7.1 is available to pre-order/pre-save HERE.

In support of their forthcoming EP, Big Wreck will be hitting the road for an extensive co-headlining Canadian tour with Monster Truck. Kicking off in Sidney, BC on release day (November 19) the roughly month-long 14-date tour will wrap up in Ottawa at the Bronson Centre on December 10th. Tickets for the dates can be purchased HERE. See below for a complete list of dates.

SPILL NEWS strives to keep our readers up to date with news and events in the music industry. We keep you informed of the most recent information regarding new releases, tour dates, and information items about your favourite artists.
RELATED ARTICLES
big wreckbig wreck: 7.1bombs away

by Greg Kieszkowski on October 30, 2015
Ian Fletcher Thornley Secrets Anthem Records/Warner Music Canada Part of being human means that we constantly grasp and sometimes desperately cling to all our secrets. We hide within [...]