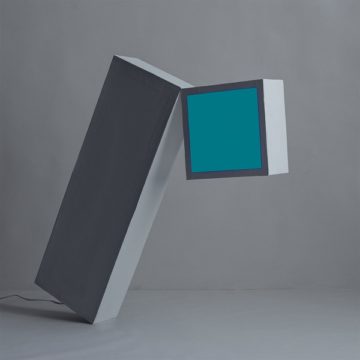 Is there a punk revival, a renaissance afoot? Given the tumultuous social and Geo-political climate, it would make sense that the two genres with the most active history of lyrically cataloguing upheaval, hip hop and punk, would take their place in the sun. Hip hop is already the unquestionable top dog (dawg?) in popular music, but is punk, the most chameleon-like of the genres and thus most adaptive to change, on the rise? If it is, then Brooklyn’s Bodega may be one of that revival’s early leaders.

Punk renaissance aside, Endless Scroll on its own is an exceptional album from a band with as much charisma as talent, which are both dialed up to impressive volume on this the band’s debut. Right out of the gates it is clear that both humorous wit and caustic cynicism lead the way lyrically, driven as much by Ben Howie’s almost spoken vocals as they are by the counter points of Nikki Befiglio’s accompaniment, all layered on top of propulsive bass and drums and simple guitar lines. “How Did This Happen”, the first and strongest track on the album is as good an opener as you’ll hear this year, setting the tone perfectly for an album that is being described as art-rock as often as post-punk, and regardless of genre, sets itself apart in the way that it is seemingly unconcerned with the fact that it takes risks and challenges its listener with each new track. Perhaps it is not so much a lack of concern actually as it is a conscious choice.

Bodega’s social commentary and storytelling alike are equally compelling, and are strongest when the connections are either personal – as in “Boxes for the Move” and “Charlie” – or hilariously accurate – “Name Escape” and “Can’t Knock the Hustle” the best examples.

Endless Scroll has already garnered a huge amount of buzz, beginning with the band’s energetic performances at SXSW this year, and will likely only continue to grow as the year progresses. Set alongside IDLES and Shame, Bodega may complete a new trinity of punk powerhouses leading a movement that is only beginning to take shape.

Br. lives in southern Ontario, grew up on The Beatles and The Journeymen, spent his adolescence immersed in grunge, and his adulthood in British alternative. His greatest joy is seeing his son dance and grow into his own appreciation of the indescribable joy of music...
RELATED ARTICLES
album reviewalbum reviewsbodega
8.0