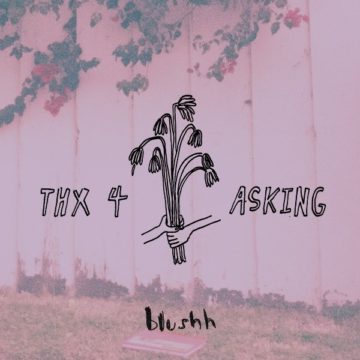 “It’s not fine, it never was,” Shab Ferdowsi asserts in the first line of her latest EP as indie power-pop extraordinaire Blushh. This callout to her previous release, 2017’s It’s Fine, kick-starts Thx 4 Asking, a collection of fuzzy jams short enough to listen through on your smoke break, while packing a gut punch you’ll be feeling all day long.

Ferdowsi sings the woes of anyone who’s been left on read, anyone who has spent late nights decoding screenshotted text messages with a myriad of their most trusted friends, and anyone who has grown exhausted with phoniness. The frustration is palpable in her harsh drum beats and thrashing guitar riffs, while her lyrics perfectly embody the feeling of isolation that comes with heartache and confusion. “No one feels the way I do, I barely sleep at all,” she laments on “No One.”