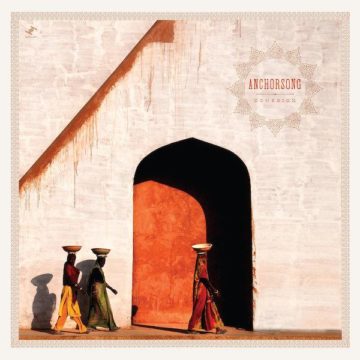 Operating in the role of a producer, Anchorsong builds tracks as a DJ would live. He starts with a rhythm track, augments it with percussive elements, and introduces melodic counterparts, layer by layer. He may then highlight just a bit of the rhythm or a melody or combine them all in full force. Once all permutations have been exhausted, the numerous parts recede and the track ends. Anchorsong has mastered the art of constructing tracks in this manner, which is the main problem with Cohesion: while it is indeed cohesive, it’s also formally simplistic. Having little room to deviate, the tracks never climax, never reach a point of entropy where the logic breaks down. This structural sameness renders them into sketches without individual identities.

For whom or from where or when this music is situated is unclear: it isn’t retro or vintage, it isn’t futuristic. It isn’t avant garde or ambient. There are no beats and “Foreign River” and “Serendipity” feature the only basslines, so the album isn’t for club goers. While never veering into appropriation, that Anchorsong borrows sounds from multiple cultures complicates Cohesion. Purportedly inspired by Bollywood film soundtracks and traditional Indian percussion, Anchorsong nailed the drumming but not the drama. Forgettable Afro-pop guitar riffs float atop Caribbean steel drums, vaguely pan-Asian strings, Tropicália rhythms, and samples of voices speaking Hindi? Punjabi? Persian? Having no context, the humans on “Correlate,” “Mindscape,” “Awake,” and especially “Testimony” further muddle the music into a global mish-mash, bereft of either specificity or universality—but it’s pleasant enough.

Charles T. Stokes is a nonprofit resource development coordinator and donor researcher based in Denver, USA. He’s also a tennis player and writer looking to make a racket with his own noises. “There are places in the world where one cannot publicly listen to or perform whatever music they choose without fear of harassment or prosecution. The freedom to write about new music is power, a privilege.”
RELATED ARTICLES
album reviewalbum reviews
9.0