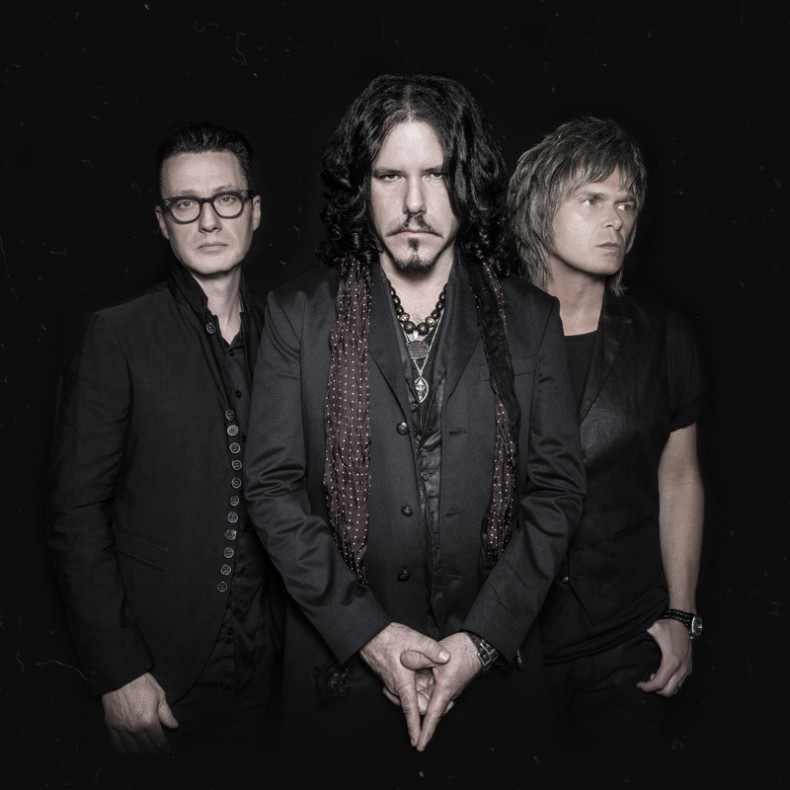 Promoting their latest album, The Ocean at the End (2014), and touring while celebrating the 20th anniversary of The Edges of Twilight during Canada’s Walk of Fame festival, The Tea Party descended on Massey Hall and proceeded to blow the roof off the joint for two and a half hours. This Canadian rock trio sounded bigger than the sum of their three parts as Jeff Martin, Stuart Chatwood, and Jeff Burrows enthralled and entertained the intimate crowd with their blues / progressive rock, Indian/Middle Eastern-influenced hits.

The show started right on time, with the mixed crowd of 20-somethings all the way to 50-somethings buzzing with anticipation. Martin announced he was fighting a cold, but that didn’t stop him from delivering some loud, building rocking guitar riffs with clear, gnarly, high-energy vocals.

They started with fan favourites like most tracks from The Edges of Twilight (1995), starting with “Fire in the Head” and “The Bazaar.” The sound coming off the speakers as Martin slammed into his guitar was an awe-inspiring experience, as you could feel the speakers send reverb after reverb of power sound through your body. Martin showed off his adept instrumental capabilities by changing instruments throughout each song; he would play the hurdy gurdy and esraj, then switch from acoustic electric to electric guitars to double-necked electric, or use a bow to play his electric guitar. Burrow’s resonating, balanced drum never let up as the crowd was invited to clap along during certain sets. One great moment was when all three band members were hitting their own percussions while the crowd clapped along in unison. Audience engagement: check. The light show kept our interest too, as it alternated between purple, blue, orange, and regular lighting, while frozen, relaxing, meditative images (i.e. nude female in cross legged pose or the stone angel cover art from The Edges of Twilight) were displayed on the screen above the band.

Fans were delighted with some inside jokes, which included a cover of Led Zeppelin’s “Kashmir” sandwiched between “Save Me” and Martin recounting a story about being given a brown bag 20 years ago by a fan with certain contents in it; then on the bus going through the Rockies, he was tripping out, thinking that he was Jim Morrison after he consumed the contents of the bag. That narrative segued into “Shadows on the Mountainside.” Martin asked the crowd, “have you ever wondered what absolute power sounds like?” To which he yelled, “IT SOUNDS LIKE THIS..!!!” then pounded the strings of his new choice of guitar to a seat-rocking guitar riff intro of “Sister Awake,” pushing the speakers to their limits. Amazing. There was another fun moment when Burrows hit a familiar U2 drum beat for a few seconds during a song intro, and Martin sings, “I can’t believe the news today…” then quickly started the next track.

The crowd was in the moment, possibly helped by the weed that was smelled fleetingly.

Fans were treated to a cover of “Painted Black,” which showcases The Tea Party’s affinity for Middle Eastern sounds. The guitar call and drum response mini dance between Martin and Burrows was fun to watch. 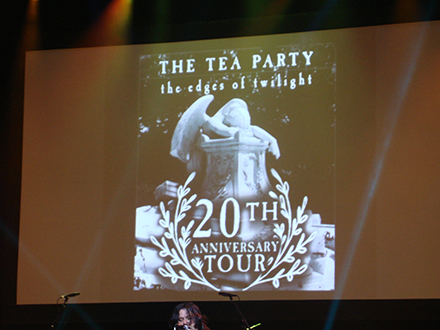 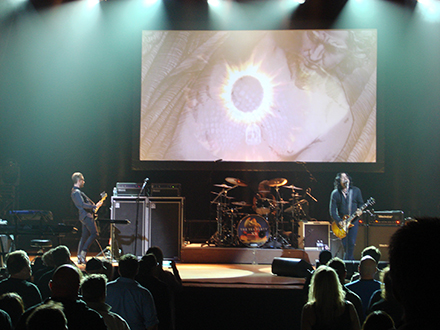 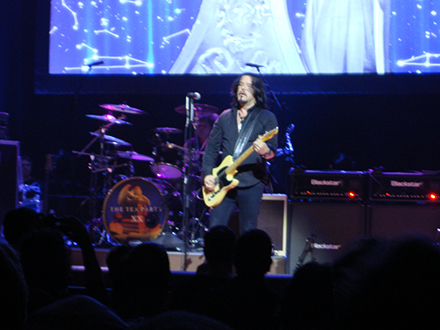 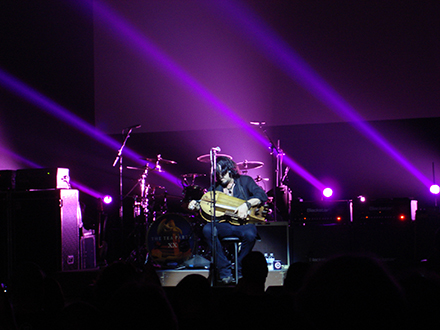 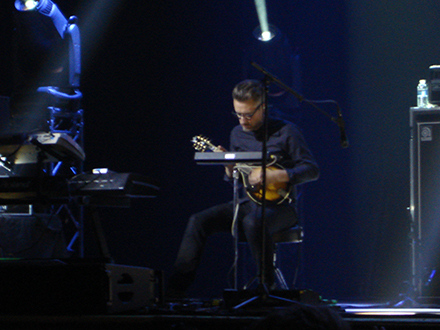 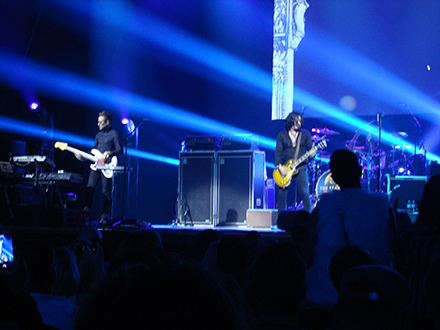 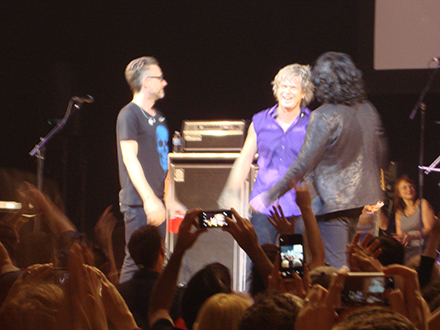 After a 20-minute intermission, the band kicked off with the title track of their newest album, The Ocean at the End, which juxtaposed Martin’s intro guitar weeping with Chatwood’s sombre keyboarding. This is a great song to complement the band’s growing catalogue. There were some more instrumental songs before the house was officially “brought down” when the crowd heard the guitar riff to “Heaven Coming Down.” Magnificent. The set finished with Martin bellowing the aforementioned sandwiched “Save me” / “Kashmir” (audience participation was called upon), and playing his guitar with a bow. The Tea Party came back for an encore after a five-minute standing ovation, playing a lyrically varied “Temptation,” much to the delight of the crowd. Just when you thought the song was over, Martin twice asked the crowd, “do….. you…… want some more?” before giving them another verse. It was great showmanship from Martin, engaging the audience right to the end.

Even though the band has admitted they had to re-learn all their songs off The Edges of Twilight (what band listens to their own songs all the time?), at the end of the night, one can see that The Tea Party has not forgotten their roots, as they showed us that they can still rock the party and blow the roof off a building. Their high energy, intimate performance at Massey Hall magically turned back the clock, and fans were treated to a fantastic show that they’ll never forget. For a longtime fan of the band, this was a 20-year itch that was definitely scratched.

Insert pretentious stuff about me here. I was born at a very young age. I am pretty, funny... without the comma. Easily distracte
RELATED ARTICLES
live reviewmassey hallthe tea party