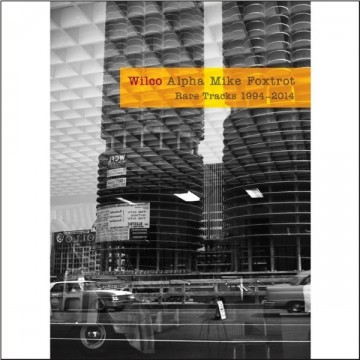 The newest gem from Wilco titled Alpha Mike Foxtrot: Rare Tracks 1994-2014 gives fans a glimpse into the bevy of songs that never made the cut. With themes of heartbreak, pure ecstasy, and the pains of growing up, there is a diverse range of tracks on the album.

The never-before-heard studio and live recordings encompass one end of the spectrum to another featuring bubbly, up-tempo tracks like “Monday” and slower acoustic numbers like “No More Poetry.” The simplicity of the album is stunning with the majority of the songs relying on nothing but the guitar and lead singer Jeff Tweedy’s raspy vocals.

Although this album doesn’t feature Wilco’s greatest hits, there are a number of stellar tunes featured, like “Hummingbird,” “What Light,” and “You and I,” which are guaranteed to have you singing along.

Wilco’s ability to transport their listeners to a specific place and time through song is impeccable. Songs like “Box Full of Letters” struck a chord with me because of its intimate and personal nature. The live numbers on this album were incredible; however, I would have liked to see more of those included.

Given that this was my first time listening to Wilco, I was impressed with everything I heard. I definitely recommend giving Wilco’s newest album a listen if you are looking for something to bob your head to.