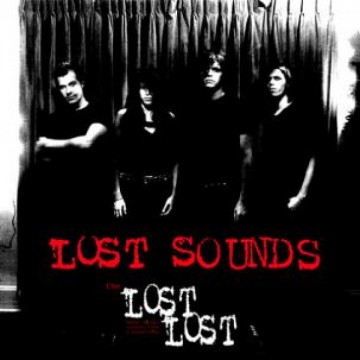 Having never heard the Lost Sounds before, and being a big fan of Jay Reatard’s music, I found the latest release from Lost Sounds a fitting addition to Mr. Reatards seemingly endless catalogue of recorded music throughout his short career.

The Memphis, TN quartet consisted of members Rich Crook on drums, Patrick Jordan on bass, Jay Reatard on synth, guitar and vocals, and Alicja Trout on synth, guitar and vocals. The band lasted six years from 1999 to 2005 and left a lasting impression on the underground Garage Punk Rock scene. Lost Lost Demos features previously unreleased gems that were certainly worthy to see the light of day. The doom and gloom themed tracks were all recorded fast and dirty with no time for nit-picking technical performances. The recordings are a mix pro and home studio sessions.

Singer Alicja Trout makes her angry presence felt on ripping tracks such as “Throw Away,” “Die Alone” and “I Wanna Be Used.” These are catchy, spooky, lo-fi thrashers with Trout belting out the leads with authority. Jay Reatard takes vocal leads on great songs such as, “No Count,” “Die Alone” and “I Didn’t Mean to Loose You” that showcase Reatard’s staple scratchy unpolished bark. In the end, I’ve fallen in love with this release, it gets better each time I spin it. If you’re into dark, trippy Garage Rock, you’ll like this release.