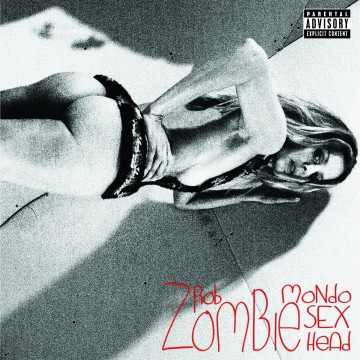 Electro-Metal remixes. That would sum up Mondo Sex Head for sure. Rob Zombie has always had his own flavour of music, but with remixes, it’s like the tracks have been spiced up and intensified. With remixed songs from each of Rob Zombies’ previous albums, this record is a refreshed and energized work of way-back playbacks.

The first track, “Thunderkiss ’65,” sounds completely organic compared to the original version, whereas “Foxy Foxy,” sounds almost the same, but of course with an Electronic remix and “Pussy Liquor” plays the same way. These are also the tracks which will pull you back into the album with their diversity of sound. Dubstep, House, Retro, Rock, Metal, Techno; the assortment of sounds is something to definitely appreciate and take note of on this album.

Rob Zombie’s lyrics have always been crude, sexual and vulgar. If you like sugarcoated, candyfloss Pop music about unicorns, this is definitely not an album for you. Zombie’s music and lyrics will definitely make your grandmother blush, but just one listen to his voice and you’ll be hooked just like you were the very first time you ever heard him.

The Spill Magazine is a Toronto-based online publication dedicated to covering the independent music scene with a strong focus on our thriving hometown talent. Our writers bring you up-to-date news, in-depth features on musicians and reviews for the latest CD releases. We also travel to the front lines for all local festivals including Canadian Music Week and North by Northeast. Don’t forget to check out our Facebook and Twitter pages for all daily Spill updates.
RELATED ARTICLES
album reviewsrob zombie
8.0