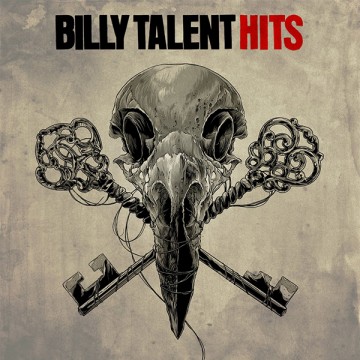 Billy Talent’s Hits is released as “a celebration of the songs we released over the years for our loyal fans to reminisce over,” according to the band’s official website. The album features 12 popular tracks such as “Nothing to Lose” and “Devil in a Midnight Mass” from their previous albums and two new, never-before-released tracks “Chasing the Sun” and “Kingdom of Zod.”

While some would argue that a greatest hits album for a band still creating and producing music is a bit premature, it also serves as a nostalgic reminder as to why they should release one. The selection of old songs combined with the two new ones showcases the band’s catchy riffs and ability to tell a good story and project emotions through song.

“Kingdom of Zod” serves as an anthem, chanting “it’s a lie,” telling everything about society where to go with a few anarchy undertones familiar in punk music. It gets the listener pumped and full of emotion while listening and will become a new hit, hands down. “Chasing the Sun” is more slow and melodic, reflecting on the loss of a friend close to the band and the difficulty of letting someone go. It’s a nice change to the usual angry and angst-filled songs.

Billy Talent’s Hits will have you taking a trip down memory lane, and reminding you that Canadian music is much better than people claim.

Music and writing have always been a big part of Sabrina's life. She would "borrow" her dad's rock and metal CDs from his collection and listen to them while going through the art books. Although she doesn't write angsty poetry anymore, she does have a Bachelor's Degree in Journalism which she uses to pursue a creative career path. When she's not writing, Sabrina can be found juggling a coffee cup and DSLR or Instagramming her food.
RELATED ARTICLES
album reviewsbilly talent
8.0