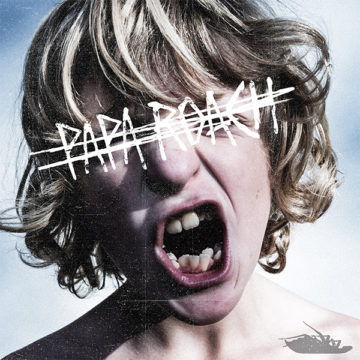 To be a candidate for worst album of all time, the collection of songs needs to go beyond having lousy music. Anyone can put clashing noises together and make awful tunes, but to be in the running for worst album ever, there needs to be a potential negative effect on the listener and society as a whole in a single play through. Albums so terrible can ruin futures, stifle intelligence, and promote gang like mentalities. Papa Roach’s newest release Crooked Teeth could do all these things, and thus, is a serious contender for worst album of all time.

Let the record show that Papa Roach is not incapable of writing music void of any redeemable value. Past works such as “Between Angels and Insects,” “Broken Home “and “She Loves Me Not” all have choruses and vocal melodies which are as catchy as can be, if nothing else. Their biggest hit, “Last Resort,” deserves some credit too. The simple yet impactful riff and infectious hook had everyone in my middle school singing the song under their breaths throughout the hallways. However, therein lies the problem with their newest release; the music will appeal to the kids of the newer generation, but it has been so sanitized for mainstream radio and those who hear it enough may take it seriously. These new vocal melodies and choruses don’t hold any weight behind them and the mix certainly doesn’t help. The songs on Crooked Teeth sound like they were mixed in the same pop lab which frequently turns out singles for the likes of Katy Perry and Twenty One Pilots, which doesn’t work for what Papa Roach is going for.

The main issue with Crooked Teeth is that the content matter and writing level do not match. The topics covered are very serious, mainly focusing on having and dealing with depression. The writing on the other hand, is at around a 3rd grade level. This mixture makes Crooked Teeth sound almost like an advertisement for a cult, especially on the songs which promote groupthink like “Break the Fall”. This record is designed to rally but not to help, to create solidarity while stagnating the emotional and general intellectual growth of the listener. It’s as harsh on the ears as it is the psyche. You can’t help but listen to the music and think of the children who will hear it, be influenced by it, and never evolve from it.

I urge anyone who sympathizes with any of the topics covered on Crooked Teeth to find other music. So many artists cover similar issues and you deserve better. Crooked Teeth is a trap; don’t drink the Kool-aid.

The Spill Magazine is a Toronto-based online publication dedicated to covering the independent music scene with a strong focus on our thriving hometown talent. Our writers bring you up-to-date news, in-depth features on musicians and reviews for the latest CD releases. We also travel to the front lines for all local festivals including Canadian Music Week and North by Northeast. Don’t forget to check out our Facebook and Twitter pages for all daily Spill updates.
RELATED ARTICLES
album reviewssony music
8.0