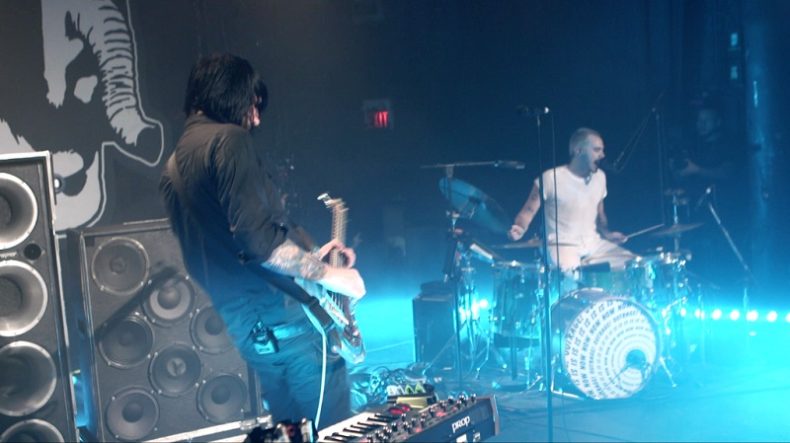 DEATH FROM ABOVE RELEASE “HOLY BOOKS (LIVE IN TORONTO)” VIDEO

OUT NOW ON SPOTIFY ‘ROCK THIS’ PLAYLIST

Rock duo Death From Above release their live video for “Holy Books (Live In Toronto)”. The live video was filmed at The Phoenix Concert Theatre in their hometown of Toronto, where the band capped off their Fall North American tour with two sweaty, energetic back-to-back SOLD OUT nights, performing to over 3000+ people. The video was shot by Korey Schaefer and edited by the band’s own Sebastien Grainger showing us another way Death From Above are keeping it D.I.Y. in the new millennium. Previously, fans got a taste of Grainger’s artistic visual skills on their earlier released video for “Never Swim Alone,” which he directed and edited. The video for “Holy Books (Live in Toronto)” perfectly captures the duo’s powerful and dynamic live show and is available on Spotify and YouTube now.

“Holy Books” is off Sebastien Grainger and Jesse F. Keeler’s third full-length album Outrage! Is Now (Last Gang/eOne). The album also features “Freeze Me” and their current single “Caught Up.” Death From Above is on tour now playing festivals and show across Europe.

SPILL NEWS strives to keep our readers up to date with news and events in the music industry. We keep you informed of the most recent information regarding new releases, tour dates, and information items about your favourite artists.
RELATED ARTICLES
newsoutrage! is nowspotify