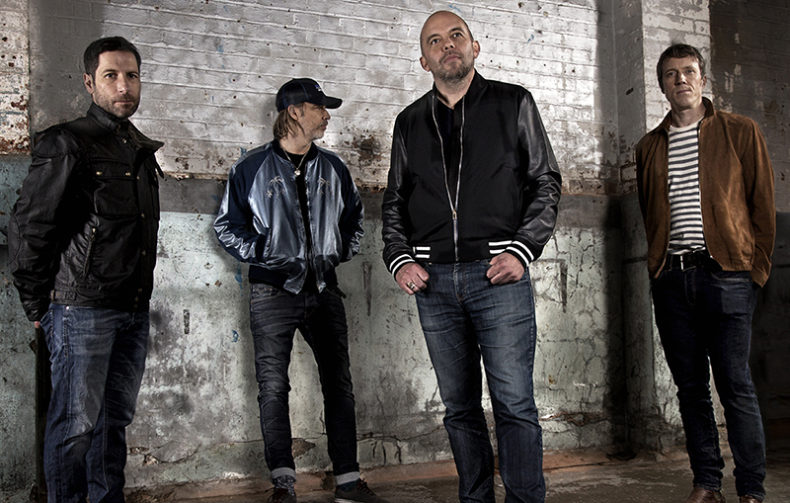 Ride today unveil ‘Charm Assault’, their first new music in twenty years. Produced by legendary DJ, producer and remixer Erol Alkan, ‘Charm Assault’ sees Ride on classic form as driving drums, and chiming guitar lines underpin Andy Bell’s unmistakable vocals on this urgent and vital opening salvo from their eagerly anticipated forthcoming album. The album, scheduled for release this summer, will be released through Wichita Recordings and sees the band reunited with label co-founders Mark Bowen and Dick Green, who they worked with during the band’s early years on Creation Records. It also brings the band back together with mixer Alan Moulder (Arctic Monkeys, Smashing Pumpkins, The Killers) who mixed their seminal 1990 album Nowhere and produced it’s follow up Going Blank Again.

Andy Bell says “Charm Assault is a pretty straightforward expression of frustration and disgust at the people who currently run our country. The tour in 2015 was a good way of reminding us what we were good at in the first place and Charm Assault feels like a natural continuation from our peak. When we started writing together again we tried to imagine we’d kept on making music all this time, and this was just the latest one.”

Erol Alkan says: “’Nowhere’ and ‘Going Blank Again’ were big records for me and my friends when we were growing up. I’ve vaguely known Andy for a few years through his brother-in-law but we didn’t actually meet until a couple of years back. I had an email from them asking if I’d like to collaborate with the band, and once I’d heard the demos, I was 100% in. Andy’s very well versed in electronic music, so we had a common bond in that as well as alternative music. The new music contains all the great elements you want from Ride – Great songs, loud guitars, beautiful harmonies, powerful rhythms.”

The revitalised four piece – comprising of Andy Bell, Mark Gardener, Laurence Colbert, and Steve Queralt – reformed and returned to the live scene in 2014, selling out headline tours around the world to a plethora of critical acclaim, as well as show stopping turns at festivals including Coachella, Primavera and Field Day.

SPILL NEWS strives to keep our readers up to date with news and events in the music industry. We keep you informed of the most recent information regarding new releases, tour dates, and information items about your favourite artists.
RELATED ARTICLES
charm assaultnewsride
8.0