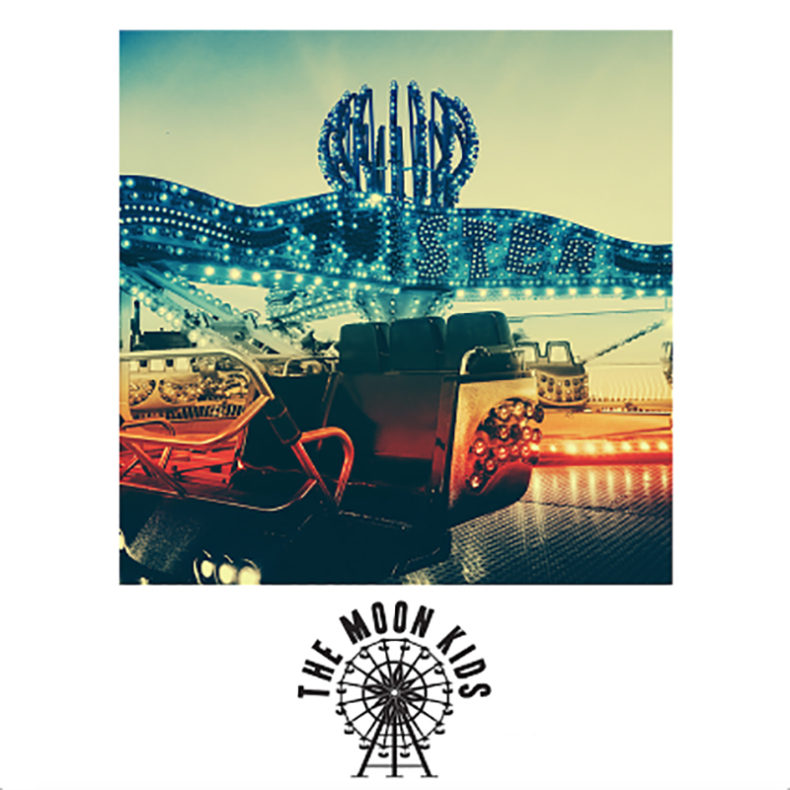 Hitting the sweet spot between The Small Faces, The La’s and Blossoms, Scottish Psych-Pop outfit The Moon Kids are shooting for the stars.

The band’s latest single ‘Forever Blue’ – a sunshine-drenched slice of 21st century Indie attitude – is the latest salvo in a series of white hot releases that began with their acclaimed debut EP.  ‘Rollercoaster People’, the lead track from that self-titled EP, was championed by Radcliffe & Maconie on BBC Radio 6 Music. ’Luna Park’, another of the EP’s highlights, was chosen by an all-star judging panel including Tom Waits, Run DMC and London Grammar as one of the finalists in the worldwide Unsigned Only songwriting competition, it was pipped at the post by Vance Joy’s global chart smash Riptide.

Formed in Dunfermline, Scotland, by frontman David Barr, The Moon Kids have honed their sound in the studio with producers such as Michael Brennan Jnr (Super Furry Animals, Mogwai), Tony Doogan (Belle & Sebastian, Young Knives) and Rafe McKenna (Comsat Angels, Thrashing Doves). On the road they’ve played alongside the likes of Glasvegas, Tribes, The View, Raglans and up-and-coming northern rockers Neon Waltz, as well as turning in acclaimed performances at festivals such as T In The Park, Wickerman and Stereofunk.

A recent sojourn in New York and Los Angeles resulted in a new catalogue of material and some new friends – including Indie film director Kansas Bowling, her actress sister Parker Love Bowling (Absolute Vow, Stray Echo) and fast-rising LA star Kalvin Madsen (you might remember his dad Michael as the unforgettable Mr Blond in Reservoir Dogs). All three – one behind the camera, two in front of it – have played a part in creating the new Moon Kids video that accompanies ‘Forever Blue’.  The video also includes a nod to legendary LA DJ Rodney Bingenheimer – confidante of The Beatles, The Beach Boys and David Bowie – who helped break acts like The Ramones, Blondie and Sonic Youth on the West Coast. The revered KROQ DJ has been one of the Moon Kids’ most vocal supporters on the other side of the Atlantic.

“I love New York,” says Barr, “but the vibe in LA is just something entirely different. Scotland is a beautiful place – and it will always be our home – but I fell in love with LA. There’s an energy there that I can’t quite describe. It’s laid-back in some ways but there are people trying to make dreams come true on every street corner.”

Currently locked in the studio putting the finishing touches to their debut album, The Moon Kids also helped make history when their single ‘Ice Cream’ became one of the inaugural UK releases issued on the first-ever Global Release Day. “We’re in love with music,” admits Barr, “with everything from The Beatles to Velvet Underground, from The Happy Mondays to Tame Impala. Being part of that first Global Release Day was like taking a step into the unknown, like playing the first chord on your guitar and knowing a song you haven’t heard before is about to tumble out. There’s nothing quite as exciting.”

Ladies and gentlemen, the thrills and spills of The Moon Kids await …