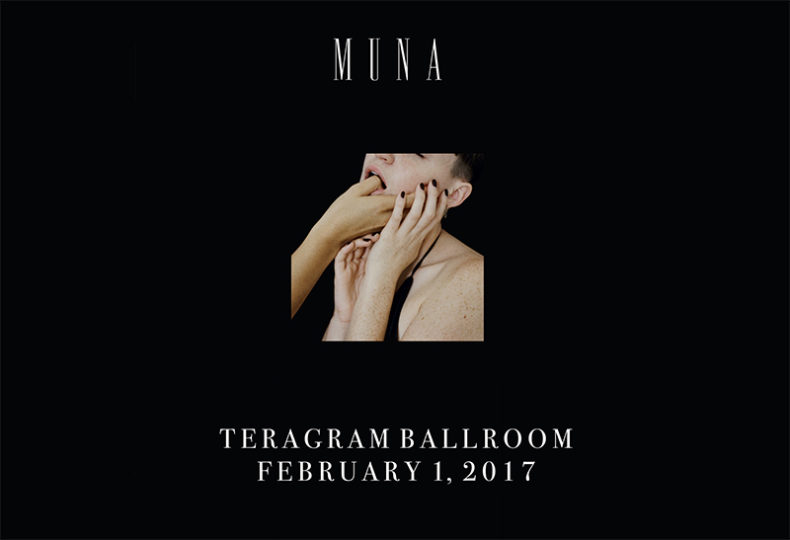 Do you remember when you went to see a band that you knew almost nothing about? Do you remember when their live performance blew you away, and you knew that you had just become a major fan for life? This has happened to me a handful of times in my life — My Morning Jacket at High Sierra Music Festival, Tycho at Coachella, Tame Impala at Hollywood Cemetery. Before going to Teragram Ballroom last Wednesday, I had only heard one song by the bands performing — Lo Moon’s only single, “Loveless”. When I first heard this dreamy, 7-minute slow burner on KCRW, I was immediately a fan and excited for what they were going to release next.

Lo Moon’s short and sweet 30-minute set was magical. “Loveless” was the closer, but every song before it was equally impressive, and a few of them arguably better. I would have been forgiving if this new band had a couple of sleepers or fine-tunings to make, but that was not the case. This mysterious trio of Matt Lowell, Samuel Stewart (ex-Nightmare & the Cat), and Crisanta Baker delivered a wild set of groovy and ambient dream pop tunes on par with any seasoned vets. The group is working on a debut album with Chris Walla (Death Cab For Cutie), which will be put out via Columbia Records. They are inked with manager Simon White (Phoenix), and guitarist Sam, who is none other than the son of Dave Stewart (Eurythmics). All accolades and connections aside, these guys put forth a fiery, ambient, and noteworthy live set. They maintained their mysterious presence and didn’t speak much, so I am unaware of any other song titles. One grew with a long-winded build that grasped the suspension and control of My Bloody Valentine before bursting into a heavy ambient and danceable tune. Another started off with a heavy drum groove that garnished the pop sensibility of The XX, matched with atmospheric climate of Sigur Ros. Regardless, of just one song being available, Lo Moon is a band that can back up their studio work on stage and is well worth catching in February on their US tour.

Shortly after, the groovy all-female indie pop trio (with a drummer and bassist joining them for tour) MUNA took the stage. Their presence was greeted by a heavy dose of applause and excitement that is hard to find nowadays. Katie Gavin began by recalling that about one year ago, they had the best night of their life opening for Chairlift in the same room, but tonight might top that. Gavin met Josette Maskin and Naomi McPherson at University of Southern California, where they began collaborating and writing music together. Now backed by Mick Mgmt (Walk the Moon, Of Monsters And Men) and RCA Records, these girls are ready to make their own significant foot print.

Playing songs from their new record, About U, released February 3, MUNA both started and ended with a bang. Playing favourites like the sultry dance tune, “I Know A Place”, and the gentle, melodramatic, “If U Love Me Now”. The crowd was seemingly overwhelmed with joy and simultaneously basking in jaw-askew amazement. Not only did these ladies hold strong to their beliefs and provide a powerful voice for issues they support, but they’re all phenomenal musicians, performers, and dancers. They kept their set sweet, but didn’t have to make it short to do so. The better part of an hour was spent with a ramped up crowd dancing and cheering at the ethereal grooves. MUNA has a way of making the high moments soar and then diving deep and confidently into the lows. They do it all in one wonderfully executed wave and were even able to throw in a jokingly cultish moment of group silence. Make sure to catch them at a US city near you this February and show up early for the supporting act.

After majoring in business & entrepreneurship at UCSB and traveling the world, Andrew moved to Los Angeles to pursue music and not give up his love for surfing, hiking and yoga. He is also in a couple really cool, up and coming, indie-rock bands in LA - Mothlight & Lone Kodiak.
RELATED ARTICLES
live reviewlone kodiaklos angeles