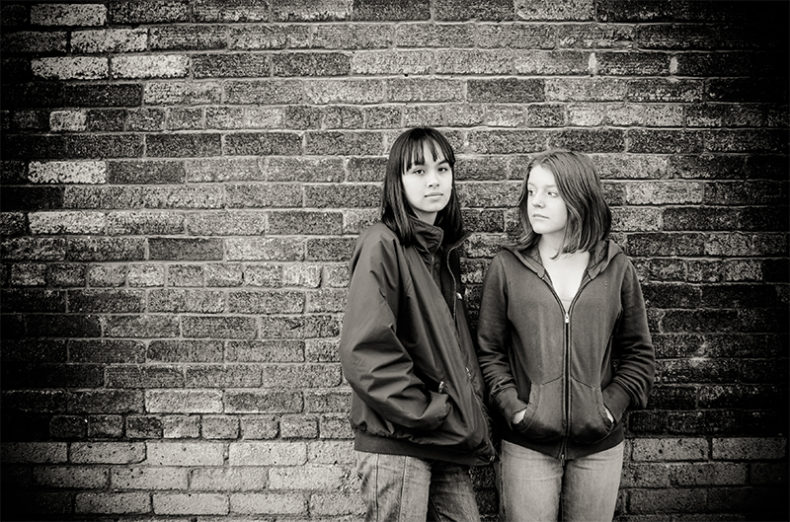 TWO FRIENDS STANDING STRONG IN FRONT OF THEIR MOSCOW APARTMENT

A CONVERSATION WITH BRIGHID FRY & PASCALE PADILLA OF MOSCOW APARTMENT

Brighid Fry and Pascale Padilla are two high school friends who have another identity. They are Moscow Apartment, a group/duo based in Toronto who are garnering some very positive reviews and attracting a growing audience. They have already won the first award, Best Young Performers of the Year from Canadian Folk Music Awards. To date they have released one EP, 2017’s Moscow Apartment, and there are more songs, records and shows on the way.

“We are very slowly working towards an album,” says Fry. “We want to be proud of it, so we are taking a long time to write songs. Plus we are still in ihgh school, so time is a factor, but we have five or maybe six songs ready to record.”

Padilla adds, “Recording is a luxury. So when we record we have to be very efficient. We go in knowing what we want, as recording is very expensive.” 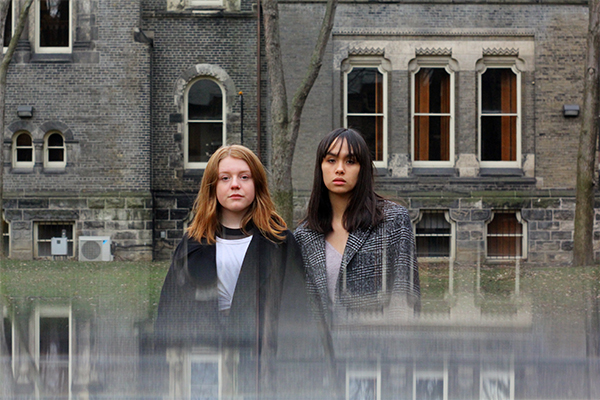 The name Moscow Apartment is an interesting one. They have a good laugh at that observation.

“We were trying to figure out a name,” laughs Fry.

“Yeah we had some terrible ones,” agrees Padilla.

“We spent an afternoon trying to find a name, and we were looking at this photography book and in it was a picture of an old man, and the caption read ‘so and so in front of his Moscow apartment’, and we liked how that sounded, so, we became Moscow Apartment.”

The girls have been friends for years, and from their friendship the band grew.

Fry recalls, “we originally met in choir when we were young, basically because of carpooling. Then we met again a couple of years later in this songwriter’s ‘Girls and Guitars’ group. From there we started writing together, and that was over a year ago.”

Padilla adds, “my dad helped with some of the chords, but we did not give him any credit.” 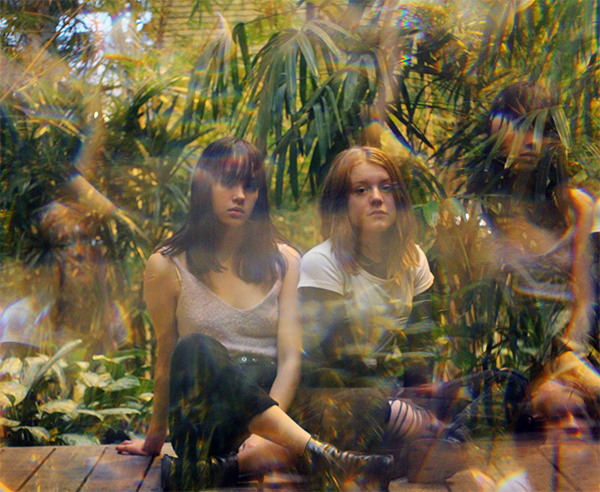 Interestingly, three of the five songs on their debut EP have person’s names as the names of songs (“Caroline”, “Annie” and “Francis and Isobel”).

Padilla explains, “I find it easier to write songs by personifying an emotion. Also, names can be short for things you are angry about, you know, when you are angry at society. “Annie” is an online short form for anorexia. It is a process, taking a feeling and then turning it into a person. It has direct emotion attached.”

“It is a way to make the songs personal. “Caroline” is a story. You can make a story around a name,” adds Fry. “It was a conscious decision to write this way, it felt and feels natural.”

Although they do not come from extremely musical families (though Padilla’s father does play in a band), they grew up with parents that played a lot of music around the house, and they both have their own distinct tastes when it comes to music. 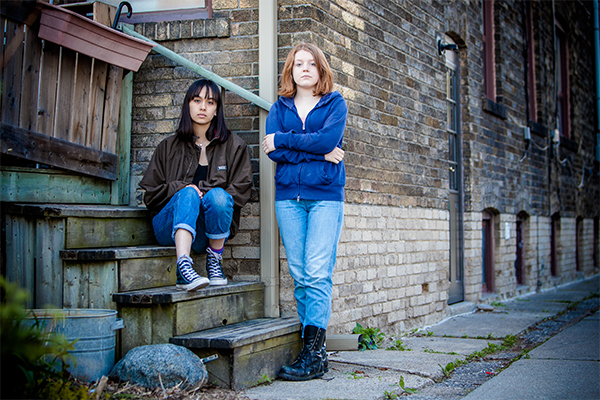 “There are a lot of artists we both like,” says Fry. “We meet in the middle. But I like ‘pop music’ and influenced by Lorde, Feist, Metric and Joni Mitchell.”

Padilla adds, “I love Joni Mitchell, everything by her. Her lyrics are fantastic. Same with Big Feast, great lyrics. Japanese Breakfast, King Cruel. I like pop/folk.”

The two have come together with a meeting of their musical minds. They have some gigs lined up in Toronto in the near future and are planning some small tours during the summer.

Moscow Apartment are artists waiting to be discovered, and quite frankly they are a band to watch out for in the coming years. Given their young ages, they do have a long career ahead of them and many new sounds and songs to discover. This is a very welcoming apartment waiting for others to dig their sound.

Born and raised in Whitby, Aaron discovered music through his love of The Beatles. This led to a career in radio, writing for various publications, and ultimately a radio show about The Beatles (Beatles Universe), which ran for over four years. When not immersed in music, Aaron enjoys spending time with the loves of his life -- his wife Andrea, and daughters Emily and Linda (all of whom have an intense love of music too).
RELATED ARTICLES
anniebrighid fryfeatures