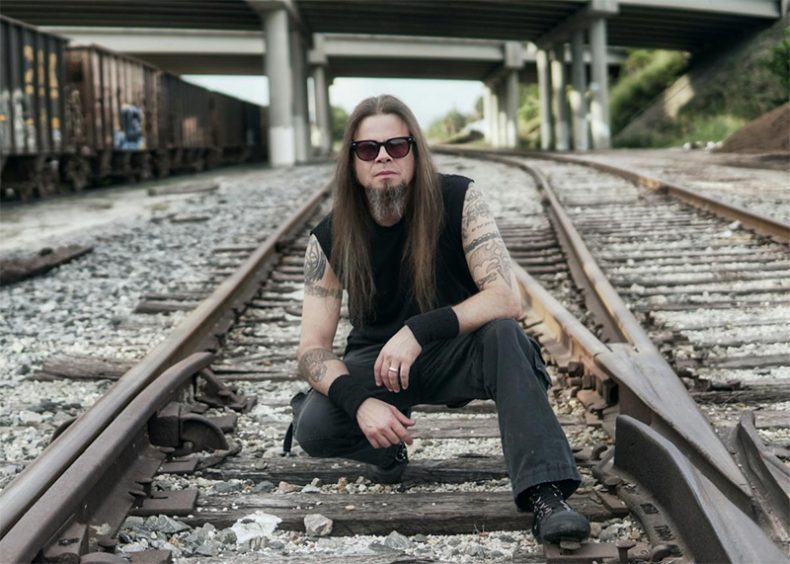 REJOICE IN THE SUFFERING

La Torre played drums on the album as well as lead vocals.  La Torre, for this album, played Sabian cymbals and drum kit, along with a trusty pair of longboard drum paddles. It is not the first time he has played drums on an album, he was drummer on Queensrÿche 2019 album The Verdict, when Scott Rockenfield was on paternity leave. The drum sound is distinctive, evolving from that primal drum beat behind La Torre’s style. ‘We can over play today, the drums should be the foundation, they are the groove in the pocket. We can hear too many drum fills sometimes, there needs to be a musical simplicity in restraint, a musical maturity in less.’ La Torre admires the giants of drumming that developed the rock world in the ‘80s, ‘someone like Nicko McBrain, what he could do with his right foot, it’s not metal, it’s more jazz and rock.’

This fusion of jazz and rock came from drummers whose origins were never really in metal. A drummer like Peter Criss, for example, brought a jazz feel to his drumming in the early years of Kiss. ‘Metal didn’t really exist then, it was that jazz feel in the way they held their sticks.’

Another drummer admired by La Torre is Vinnie Paul of Pantera and there is also a new found respect for Ringo Starr.  ‘You know I never really understood the way Ringo is so raised up till I saw the finesse in his drumming, so simple to play, and yet so hard to get that feel.’

The drums in Rejoice In The Suffering are definitely kicking, but they don’t drive the car.

“Vexed” and “Critical Cynic” are two tracks written about the science disbelievers and those who feel that going to Google is a substitute for real academic research. Just listen to the introduction and follow the lyrical twists, taking the listener to what is out there. La Torre muses on how ‘we must stop repeating the mistakes of the past, who knows the future? We look to the stars and we see mysteries out there we will never know, and the light we see from them may have already died.’ 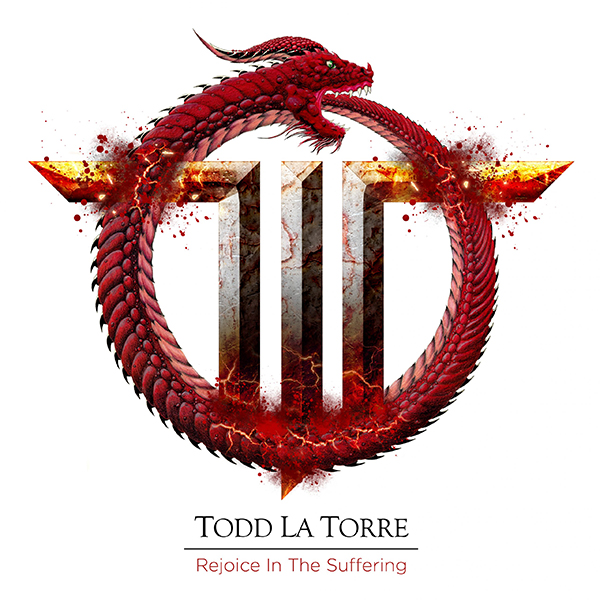 PURCHASE REJOICE IN THE SUFFERING

Taking all this on board, La Torre hopes we have the ability to change course, he is concerned for the country at the moment and hopes wounds will heal.

Moving back to metal, we discussed how there is always a connection between hard rock/metal and the world of horror and darkness.

‘There is always within heavy metal a certain power, and that should be scary. You know, there is God, and there is the antithesis of God, there is punishment and force and darkness, and this is mirrored in the music and the lyrics. Just listen to how the minor notes can create a certain sound, one that is dark and menacing.’

That is what great metal is. It should be dark and menacing, with a twist of the Gothic within. ‘There should be this lyrical connection and tension, combined with amplified, distorted, guitars and aggressive lyrics.’

If that sounds good, then you should get a copy of Rejoice In The Suffering and check out some of the available options. Apart from the downloadable version, there are some really interesting options for those who love vinyl or even cassette. For anyone who still wants to hold a physical product and admire the sleeve, check out the liner, and read the lyrics, the package within Rejoice In The Suffering should really keep fans happy. Furthermore, on his website, La Torre is putting together a set of album related T-shirts and merchandise that will be well worth a browse.

Torre is making the best of things, and has, in this solo release, created an infectious blend of 21st century rock, with a vocal style that reminds one of Dio in full flight. You won’t find songs about holding hands and running through the meadows, but you will find music to blow the cobwebs away.

The Spill Magazine is a Toronto-based online publication dedicated to covering the independent music scene with a strong focus on our thriving hometown talent. Our writers bring you up-to-date news, in-depth features on musicians and reviews for the latest CD releases. We also travel to the front lines for all local festivals including Canadian Music Week and North by Northeast. Don’t forget to check out our Facebook and Twitter pages for all daily Spill updates.
RELATED ARTICLES
featuresqueensryche