Features
343
previous article
SPILL FEATURE: WE GOT GAS IN THE TANK TO GO ALL NIGHT - A CONVERSATION WITH MAX KERMAN OF ARKELLS
next article
SPILL ALBUM REVIEW: SAMMY JOHNSON - MOONLIGHT LOVERS 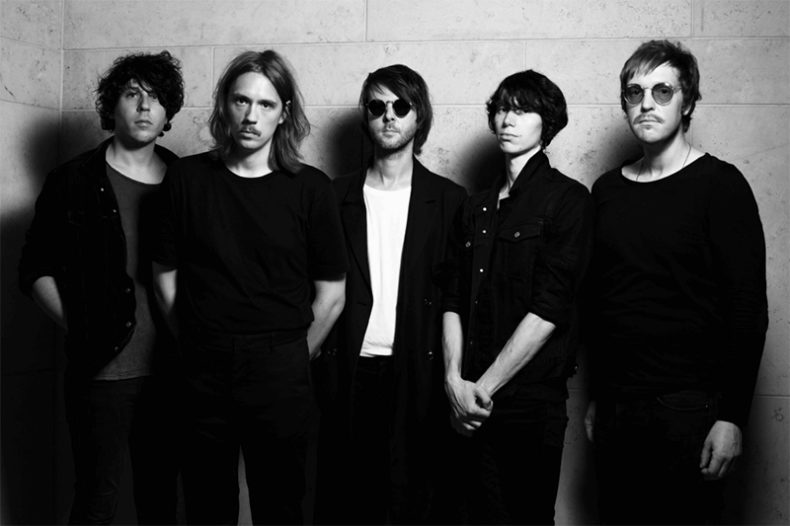 A CONVERSATION WITH PATRICK BLÜMEL OF HOLYGRAM

Holygram is a new band, based in Cologne, Germany. They formed in 2015, but have only recently released their debut album, Modern Cults. The band consists of Patrick Blümel (vocals), Sebastian Heer (drums), Marius Lansing (guitars), Pilo Lenger (synthesizers) and Bennett Reimann (bass).

“Bennett and I met and we thought we should do something together. I was in a ‘60s garage band but wanted to do new stuff,” says Patrick Blümel during our recent conversation. “So we started a project and the first song we wrote was “She’s Like The Sun”, which is on the album. But we both knew that if we wanted to make big music on stage we needed people. The band came together as strangers, almost accidental, a bunch of people who stumbled into a band.

“We started writing songs, on acoustic guitars, but then we introduced synthesizers which inspire us. But our drummer is a Krautrock fan and brought that aspect into the band. ”

The name, Holygram, is an interesting and unique name. Quite fitting for this band.

“The name? Does not mean anything in particular, we had to find a name. But at the same time, it should represent the band, and in some ways the band’s name shapes what we do as a band. So the name Holy sounds almost religious, like you can imagine a big cathedral. Gram was added like a shape, ‘polygram’, so we became Holygram.”

But the name may mean more to Blümel as he recounts a moment during a party that had a lasting impact on him.

“We were working on the album and I went to a ‘techno party’. I was in the crowd and the people started moving toward the DJ and I felt like I was in a church. The DJ was like the priest and all these people at the party were drawn to him, they were searching for something. Lonely people looking for a community.” 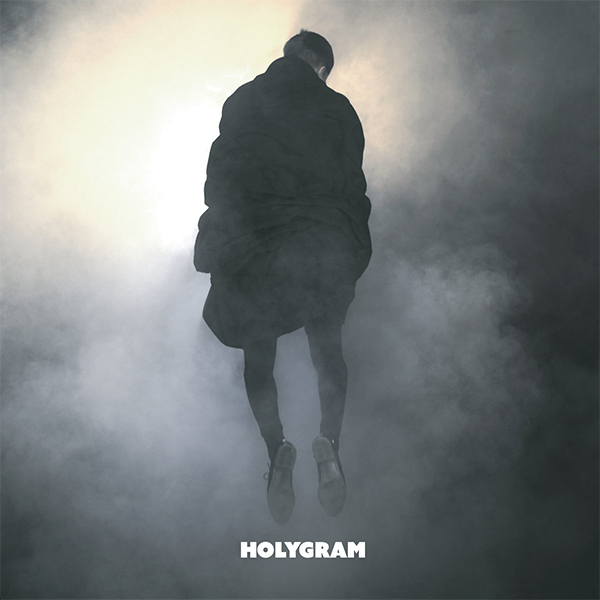 This experience found its way into their new album, Modern Cults.

“It is a concept album. We were looking at how lyrics and sound influence each other, and we want to be authentic, sing about something very real. We were reflecting on the city we are living in, Cologne and how do cities change. And what do cities do to you. The album opens with “Into The Void” which is the introduction to the album. It is kind of like Blade Runner, you know you are entering a city you have never seen before, entering a place you don’t know and you are overwhelmed by the noise. But the album ends with hope, because there is always hope. The album is actually positive.”

This theme is continued throughout the album and very evident in the first single and video from the album “A Faction”.

“Living in the city again,” says Blümel. “It is about weird relationships you have in the city. You go out at night, something is drawing you out. Something chasing you through the city at night, but there might not be anything there. I guess this is why we are associated with the dark.”

Although Modern Cults is their debut album, they did release an EP prior to Modern Cults. Recording the album was a different experience to the EP, mainly because Maurizio Baggio co-produced the album with the band.

“Baggio produced Soft Moon and we liked his work. Our EP was recorded and produced by ourselves, as we had some bad experiences with other producers. But we wanted something new for the album, otherwise we worried it would sound like the EP, only longer. We worried about giving ourselves, our own stuff, to others. But we think it worked out perfectly

“Some of the songs on the album were written before the EP. The EP had more of a psychedelic vibe, and the album is very different. Our influences are obviously Kraftwerk and Neu!, but we are also fans of The Beatles, one of our favourite bands and Nico.”

The diverse sounds find their way onto the album.

Born and raised in Whitby, Aaron discovered music through his love of The Beatles. This led to a career in radio, writing for various publications, and ultimately a radio show about The Beatles (Beatles Universe), which ran for over four years. When not immersed in music, Aaron enjoys spending time with the loves of his life -- his wife Andrea, and daughters Emily and Linda (all of whom have an intense love of music too).
RELATED ARTICLES
a factioncleopatra recordsfeatures
6.0