SPILL FEATURE: CONJURERS – AN INTERVIEW WITH MARK CHADWICK: SINGER/GUITARIST OF THE LEVELLERS 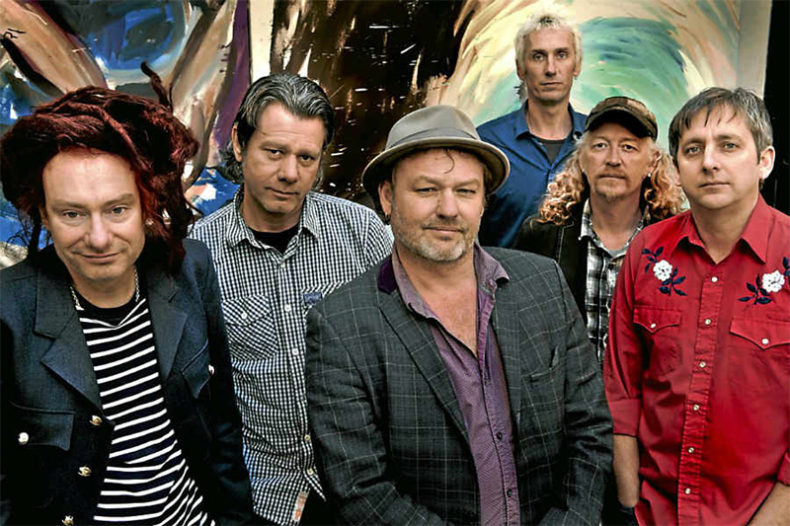 AN INTERVIEW WITH MARK CHADWICK: SINGER/GUITARIST OF THE LEVELLERS

Musicians Mark Chadwick and Jeremy Cunningham met in The Eagle, a pub in Brighton, in 1988. Discovering that they had a fair bit in common, including a left-wing view of politics, they decided to form a band. They soon added Charlie Heather on drums and Jon Sevink on fiddle and, after a short while, Alan Miles to play harmonica, guitar, and the mandolin.

The band released two EPs on its own Hag label in 1989, which led to a contract with Musidisc. It released its first album, A Weapon Called the Word, in 1990, which is one of the few albums known to have gone gold without ever charting. After its release, Miles quit the band and was quickly replaced by Simon Friend and The Levellers lineup of Mark, Jeremy, Jon, Simon and Charlie continues to this day (with Matt Savage later joining on keyboards). The Levellers was discovered that year by Derek Green (the man responsible for signing the Sex Pistols) and signed to independent label China Records. The following year, it released Levelling The Land, which was a massive success, entering the charts at number 14 and eventually going platinum. The single “One Way,” despite not bothering the Top 40, became a live favourite for years to come. Levelling The Land is often cited as an all-time classic amongst people who were students or travellers in the early 1990s.

Fast forward to 2016 and the band is celebrating 25th anniversary of that classic release. The Levellers are embarking on yet another U.K. tour highlighting that album in its entirety together with some of their other anthems. I was fortunate enough to have the opportunity to meet up with lead singer/guitarist Mark Chadwick ahead of the Manchester show on a wintery November Saturday afternoon. Despite the fact that the band had released many subsequent albums during its long career, I was curious as to why one in particular seemed to overshadow the others. Would Mark have any insight or explanation for the appeal and enduring classic status? Was there a logical or easy explanation as to why it had resonated more on a personal level with The Levellers’ fans in comparison with the rest of the band’s back catalogue? 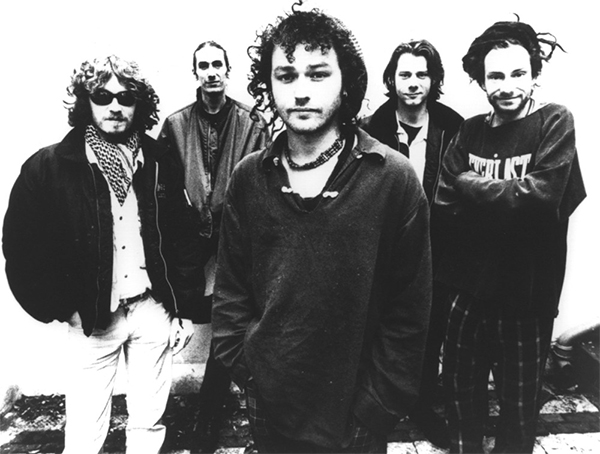 “Several reasons; one is that it chimed with people then in what it says and what it states: optimistic enthusiasm and had a political drive. It also pointed out the horrible realities of modern life.”

With that statement I realized that the album thus was still relevant today — in that its preached message of hope in an unstable political world was still true to current world status in 2016.The Levellers in recent years and on tours had also looked backward to their past musical legacy. With many bands of the same era also utilizing that back catalogue-play old-album format, I mused if that could possibly have a negative impact on their career. Was there not a danger of The Levellers also joining that bracket of becoming a heritage act and thus also negating their original revolutionary and reactionary message? Surely it would be preferable for the band to look and move forward by not actually focusing on the past. Mark appeared to echo my opinion: “it is a real concern; we are songwriters. There are three writers in the band. We are aware of that element. If we are going to put another record out, it must be bloody brilliant.” It creates a dilemma, I guess, in that fans are happy to dwell in the retro and element of nostalgia. Do they, however, wish for the band to bring out a new album and play new songs live on their tours? Mark emphasized the difficulty: ”it’s a metaphysical battle with ourselves. We can do a tour like this, and the whole thing is sold out.”

In many ways, The Levellers foresaw the changes in the music industry way ahead of the actual developments. They released their own albums, organised their own festival and essentially made themselves their own cottage industry. Recent years have shown that business methods such as crowd-funding, etc., started becoming more commonplace. Bands now have to seize the initiative, and promote themselves in place of the corporate record labels and their seemingly infinite finances. I suggested to Mark if perhaps The Levellers should have received more recognition for their prophetic business acumen and sense. Mark agreed. ”We did it from the very beginning; we printed our own T-shirts, we even built our own fucking tour bus. We did everything from the very beginning and expediently we signed record deals because they gave us more money to do more shit. Sacked them, management and the agency .We have our own recording studio, record and publishing company and our own festival.” 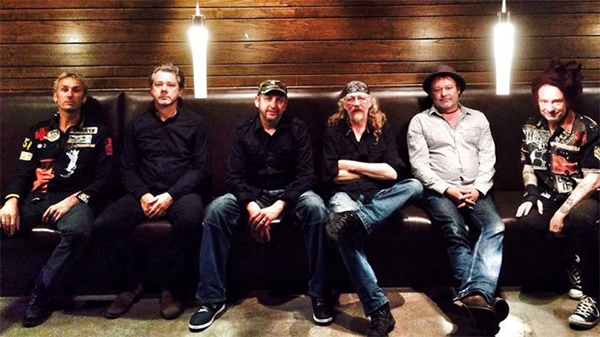 The Levellers have forged their own musical identity and sound from a variety of different influences and sources. I asked Mark where his own musical roots had arisen from. Given that he was originally from Northern Ireland, I wondered if the Celtic influence of that area had provided the band’s soundscape. ”It’s essential to the British archipelago. We come from a bunch of islands off the coast of Europe that has a folk tradition. . . Yeah I have loved it since I was a kid — literally since I was a nipper.”

The Levellers over the years seem to have been a band that the world of media and music journalism had largely denigrated and criticized, yet despite this had endured and was still in 2016 playing on sold-out tours. Mark agreed. ”I don’t know why it  goes back to an argument that we had with the NME a long time ago. Those people can become very powerful and it can spread. I pointed out that they never lost the fans’ support and that they appear to have retained a very loyal and passionate fan base. The people are buying the tickets and it’s the people’s music and they really love it.”

Viewing their musical legacy and history, Mark highlighted one aspect in particular. The Levellers continue to run an annual music festival and in the current times of financial austerity with bigger festivals hitting problems that indeed is to be admired. After an uncertain gamble in their first year it has now been running and making a regular profit for 16 years. Mark stated, ”I am really proud of that.” Looking towards the future I wondered if Mark harnessed any dreams, hopes and ambitions. His views were quite simple and realistic; “I would really like the next record to be brilliant. That is all, and working towards that”

Returning to the current tour and the album that it is paying homage to I noted how The Levellers’ gigs are like a family and community atmosphere much more than regular gigs I’ve attended. Mark attempted to explain why they were more akin to spiritual experiences “That’s why playing these songs 25 years later, it’s fucking brilliant because they come alive with their voices. You look in their faces and I see people crying and shit and it is fucking amazing. Literally people are overcome with emotion.” There it was in a nutshell: the power of music and that I guess will sum it up rather than being negatively labelled heritage — it is songs that have formed the basis to many lives. The dilemma will always be for the band to move on and write and create new material that stands on even footing with the classics; to write new songs that will form the basis of another generation’s lives.

“We are just the conjurer; it is them (the fans) that bring those songs to life.”