SPILL FEATURE: A CAREER OF CREATIVITY – A CONVERSATION WITH OUR LADY PEACE VOCALIST RAINE MAIDA 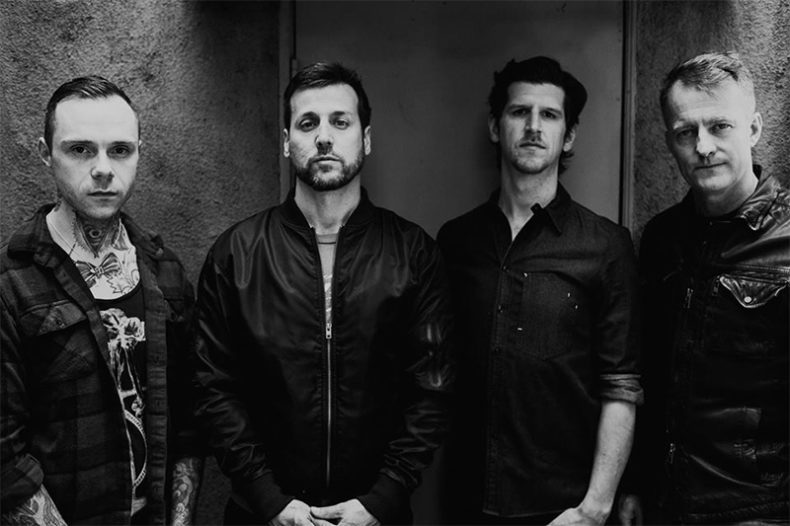 A CAREER OF CREATIVITY

A CONVERSATION WITH OUR LADY PEACE VOCALIST RAINE MAIDA

Raine Maida has enjoyed a long and influential career as vocalist and guitarist for Our Lady Peace, Canada’s biggest alternative rock back from the ‘90s. As the only remaining founding member of the band, Maida has led the group through nine albums over the course of twenty-six years. While this is no small feat for any artist, it is especially impressive for a Canadian rock band to do so while continuing to have an international effect on popular music. It is for these reasons that Our Lady Peace will be honored with the SOCAN National Achievement Award on June 18 at the 29th annual SOCAN Music Awards.

“I don’t normally care for awards or competitions, but the SOCAN thing is different, it’s more about some sort of lifetime achievement thing, but SOCAN is the unsung hero of the Canadian industry so it means a lot to be recognized by them,” Maida tells me. It’s true. While the National Achievement Award is not explicitly looking at things like record sales or gross earnings following a tour, instead it looks at one’s overall contribution to music, specifically in the case of Our Lady Peace, “in recognition of their massive career contributions to alternative rock music and songwriting in Canada”. 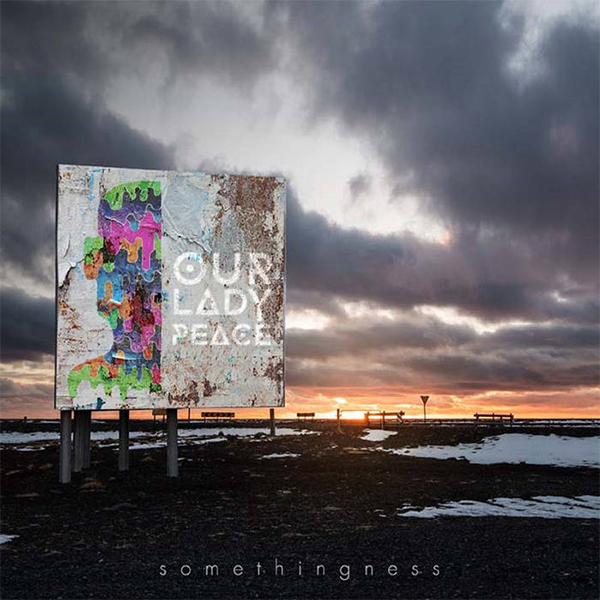 Looking back at Our Lady Peace’s roots, Maida reflects, “we were pretty insular back then. I always felt the songwriting part came first, and the performance part would follow”. While listening to the band’s extensive discography, this has always been apparent, especially on Somethingness, released earlier this year. Maida then went on to recount how learning covers taught him what went into songs, specifically citing- quite surprisingly – early Soundgarden, Deftones, and REM as influences for his early work with Our Lady Peace. He continues, “we didn’t play live much before we got a record deal which allowed for us to focus on our writing… When we got signed to Sony, it was great because they really didn’t really give a shit about us – in their heads we fit a sound of this new wave of what rock music was going to be… It was great because without having any pressure from the label it allowed for us to make our music organically”.

Maida speaks about searching for musical integrity, something he claims Our Lady Peace was pure of external business minded influences on Naveed (1994) and Clumsy (1997) as he explains, “once you get into the business side of things, it effects how you get into things artistically. It becomes harder to take risks and I think Somethingness represents a return to a level of creative freedom of our first two records. I think this is a really special record”. Creatively, Our Lady Peace is feeling recharged, so much so that they have already begun working on the followup record to Somethingness. “The train is back on the track in a big way and there is no stopping it” Maide exclaims excitedly, “It was five years between Curve and Somethingness – I don’t wanna say this will be done in five months, but it certainly won’t be another five years”. It is such an artistic spirit that not only warrants their upcoming SOCAN National Achievement Award, but also justifies why Our Lady Peace will more than likely continue to be a dominant influence over Canadian alternative and indie rock as they continue to move forward.

A passion for music has always been a part of Gerrod’s life. As a young boy, he was raised on a steady diet of the music from The Chili Peppers, Aerosmith, The Stones, Prince, and others from his mum. Raised in the GTA, Gerrod continued to foster his love for music by attending a wide range of concerts and learning the drums. His unapologetic passion for music has no bounds and has spread to a wide variety of styles, whether it be the 90’s rock that sound tracked his teenage years, the jazz he studied in university, or his newfound love for hip-hop. He recently received his bachelors in music and education from York University and is passionate about writing and reviewing good (and less than good) music. Gerrod is also the drummer and songwriter for a Toronto based rock & roll band, One In The Chamber.
RELATED ARTICLES
ballad of a poetfeaturesnaveed

by Drew Nihill on March 9, 2018
Our Lady Peace @ FirstOntario Concert Hall, Hamilton March 9, 2018 I remember standing in my gym clothes outside our high school football stadium hearing that [...]