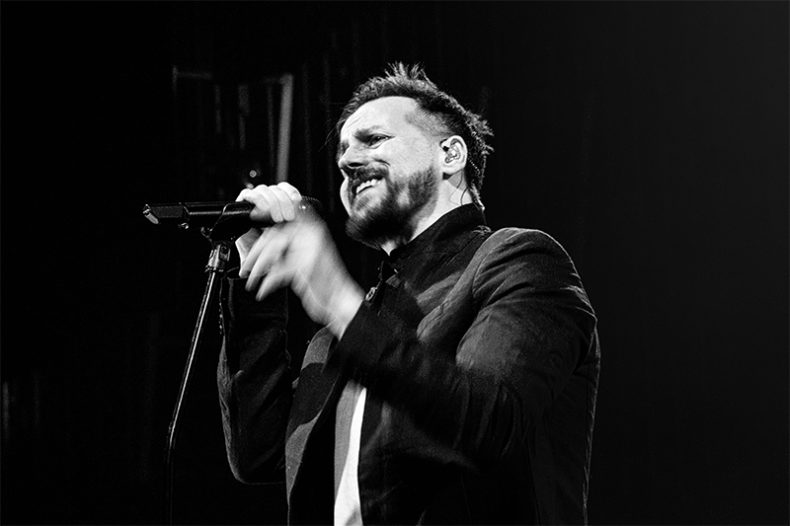 I remember standing in my gym clothes outside our high school football stadium hearing that Shannon Hoon of Blind Melon was dead, succumbing to a drug overdose at the tender age of 28. He was another member of ’90s rock culture gone too soon. My friend and I had tickets to see Blind Melon & Tripping Daisy play the RPM Warehouse in Toronto later that fall.  The band replacing them on the bill — Our Lady Peace. Tripping Daisy was touring on the heels of their smash hit “I Got A Girl”. It would maybe be the first time in history the opening band was bigger than the headliner at the time (fast forward six months and Tripping Daisy would be a footnote in 1995 while OLP was on a meteoric rise to Canadian rock stardom). After hearing this news on the radio my friend approached me in the halls and said, “Who’s Our Lady Peace?!”

That night would go down as one of my favourite concerts of all time (and I’ve seen A LOT of concerts). Raine Maida’s emotion, ripping vocals, and speaker climbing stage presence was an eye opener. It introduced me to a new level of live music. Twenty years and 11 albums later, Our Lady Peace is still electric. While their Toronto born frontman may no longer be scaling the stage set, they deliver a smoother and more honed sound.

As the band took the stage with Angels/Losing/Sleep, the capacity crowd of screaming fans stood on their feet and never sat down. Over the next hour and a half, Hamilton was treated to a set aimed at pleasing life long fans as well as the casual radio listener. The quartet wasted little time as they ripped into “Superman’s Dead” second song in. As Raine Maida finished up the mega hit, he leaned into the microphone, looked out at the adoring sea of fans and said, “So this is the Hammer. It’s been a long time since we’ve been in Hamilton”. The roar of the crowd would tell you it’s been way too long. After waxing poetic about the joy of stripping a song down to its roots — playing it on an acoustic guitar just as you would in your basement, all four members converged at the front of the stage and played a mini-acoustic set of “In Repair” and “Somewhere Out There”. The campfire-like feeling swept over the hall as everyone sang along to every word.  “One Man Army” saw Maida wielding a megaphone pacing the OLP faithful through the “Happiness… ” single before “Clumsy” lit the place on fire and “4 am” rounded out the main set. During the latter, Raine Maida took a cue from the audience, stood at the edge of the stage, and just listened as the throng sang an entire verse. An appreciative Maida stepped back and saluted the capacity effort in the night’s most endearing moment.

Chants of O-L-P, whistling, and screaming brought the band back on stage where Maida treated the audience to a reflective moment to introduce “Ballad Of A Poet”, a beautiful tribute to Gord Downie that stitches Hip lyrics into an OLP acknowledgment of Canada’s most beloved rock star.“A long time ago I was just a punk kid from Toronto but I always wanted to (make a living as a musician). So I went to the Canadian Music Awards and they were terrible but a band came on and played two songs. That 10 minutes and their singer changed my life”.

The highlight of the night however had to be the exhilarating duet with Matthew Good as he joined them on stage for Good’s own “Hello Time Bomb”. “Starseed” finished the night off and nearly the venue as the evening’s only contribution from Naveed. Maybe this time they won’t wait so long to come back to Steeltown.

And to the guy who offered me his beer because he was going to throw up – thanks, but I had to decline.

Drew is a Hamilton, Ontario based photographer who likes to think he can string two words together. His passion for music and photography is matched only by his love for his wife, dog and the Leafs.
RELATED ARTICLES
ballad of a poethamiltonlive review

SPILL FEATURE: A CAREER OF CREATIVITY – A CONVERSATION WITH OUR LADY PEACE VOCALIST RAINE MAIDA

by Gerrod Harris on June 14, 2018
A CAREER OF CREATIVITY A CONVERSATION WITH OUR LADY PEACE VOCALIST RAINE MAIDA Raine Maida has enjoyed a long and influential career as [...]