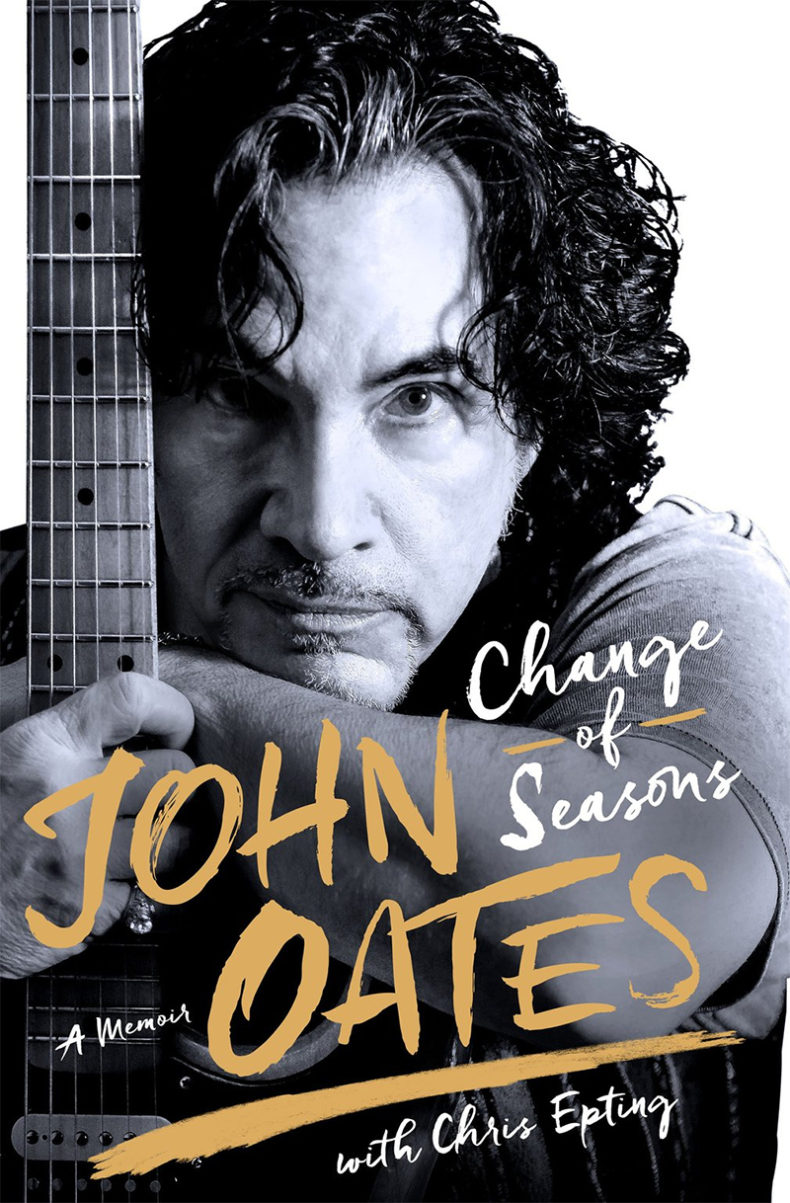 John Oates – Change Of Seasons: A Memoir (With Chris Epting)

In John Oates’ riveting new memoir Change of Seasons, one half of the mega-selling pop duo Hall & Oates touches all the usual bases, including recording, touring, and partying with celebrities, but the book is so much more than that. Oates proves himself to be as adept at storytelling as he was writing some of the biggest selling hits in Pop music history, along with his partner Daryl Hall.

I first saw Hall and Oates at Massey Hall on their Abandoned Luncheonette tour in the mid seventies. The Abandoned Luncheonette album featured their first hit single, “She’s Gone”, which Oates wrote after being stood up one New Year’s Eve. A string of Top Ten hits soon followed throughout the rest of the seventies and eighties, including  “I Can’t Go for That,” ‘Kiss on My List,” “Maneater,” “Out of Touch,” “Private Eyes,” “One on One,” “Rich Girl,” and the list goes on and on.

Change of Seasons tells the stories behind the hits, but refreshingly, it also examines the band’s misses. However, the real strength of the book lies in the intelligent storytelling of the musician behind it all. Oates makes it clear that both he and Daryl Hall only cared about the music, and to their detriment, left the financial matters to others (i.e.manager Tommy Mottola and financial advisors). In 1987, while on hiatus and after writing and producing with Australian band Icehouse and Canadian band Parachute Club, Oates learned that despite all the successes and his accumulated expensive toys (multiple airplanes, cars and houses), he was $9 million dollars in debt. To his credit Oates takes the blame for this by admitting that he and Hall cared only about the music and didn’t pay enough attention to money matters. Around this time, Oates suffered another setback when his first marriage fell apart.

How Oates deals with these setbacks and moves on with his life gracefully, is really the heart of the book, and shows the real strength and character of the man and the artist. Change of Seasons is really a book about personal development and growth, and learning how to deal with whatever curve balls life may throw at you.

Purchase John Oates – Change Of Seasons: A Memoir Via

Gerry Young is President of Current Records and Management, and author of the 2011 biography Pop Goes The Weasel: Rock And Roll Off The Record, available at Indigo/Chapters, Barnes & Noble, and Amazon.com. He has recorded and managed Juno Award winning bands Martha And The Muffins and The Parachute Club among others.
RELATED ARTICLES
booksdarryl hallhall & oates