Album Reviews
220
previous article
SPILL VIDEO PREMIERE: THE RAH'S - "LAND OF THE DREAMERS"
next article
SPILL ALBUM REVIEW: TOM PETTY AND THE HEARTBREAKERS - THE BEST OF EVERYTHING 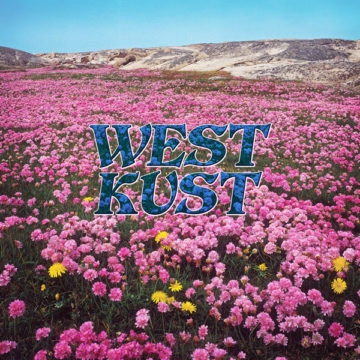 Swedish band Westkust has made a comeback with an indie rock self-titled album. . . finally!  Westkust made an outstanding return with more of a shoegaze twist than previous releases. With a short but incredibly sweet nine songs, it is sure to be a staple album to keep in the car for those long summer drives. The first single released off Westkust was “Swebeach”, which immediately exceeded expectations with a cut air guitar riff, flowing evenly into Julia Bjernelind’s vocals.

After an almost four years absence, the five band members undoubtedly screamed “we are back baby” with a ripping stellar full-length album. The powerful resurgence of Westkust has fans begging for more.

The Spill Magazine is a Toronto-based online publication dedicated to covering the independent music scene with a strong focus on our thriving hometown talent. Our writers bring you up-to-date news, in-depth features on musicians and reviews for the latest CD releases. We also travel to the front lines for all local festivals including Canadian Music Week and North by Northeast. Don’t forget to check out our Facebook and Twitter pages for all daily Spill updates.
RELATED ARTICLES
album reviewalbum reviewsrun for cover
10