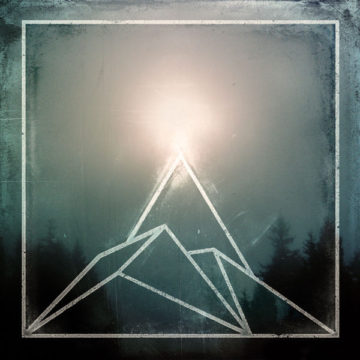 The Used
The Canyon
Hopeless Records

“Where is the rock music these days?” millennials ask. Well, The Used are back with their first new album since 2014, The Canyon,  that touches base with all eras of rock music. They take inspiration from the classics of the ’70s, all the way to present day alternative and indie, while still maintaining their roots from their post-hardcore days from over 10 years ago. The lyrics of the album seem the most honest and internal than all previous albums, touching on themes of immortality, recovery, and coming to terms with the past. An example of this would be in the first track For You with nearly a minute and a half of lead vocalist Bert McCracken speaking of feelings about the words left unsaid by his friend Tregen to his father; “and if he had five minutes to hold his dad’s hand…what would it be? Like, what could we possibly say in those moments?”

As the album progresses, it does not feel like much of an evolution from their post-hardcore beginnings. Five songs in, however, and you have more structured and less noisy guitars, as on “Vertigo Cave”. More inspiration from older rock sounds begin to break in too, like the sixth track “Pretty Picture” with its guitar solo at the bridge.

The next track, however, brings us back to their emo anthems that they know well. The eighth track is by far their best, “Upper Falls”. Beginning with folk-like strumming and background ooo’s, then bursting into a banging chorus that’s fun and not dreary like their past work.

Afterwards, they really expand on rock inspirations from reggae, then back to classic rock, to grunge, to almost pop rock to a string ballad, then to blues. All of these still with accents of post-hardcore, mostly in Bert’s form of singing.

At 17 tracks in length, at least a couple could have been spared because it felt like it was going on for a little too long. As for faults, there weren’t many, but there was lack of depth sound-wise for some of the tracks, and Bert’s voice gets lost in a few places.

Overall this is a great expansion breaking out of their emo/post-hardcore mold that brought them fame in 2007 with “Bird and the Worm”, but not completely losing their identity. I would definitely say that if you’re wondering where rock is these days, The Canyon by The Used is a good gateway into a few rock avenues.

Order The Canyon & More Via The Used Website HERE

Vicki Mahony is taking her hobbies of concerts, photography, and ranting and putting them to good use! She is a live-music photographer and reviewer.
RELATED ARTICLES
album reviewshopeless recordsthe used
8.0