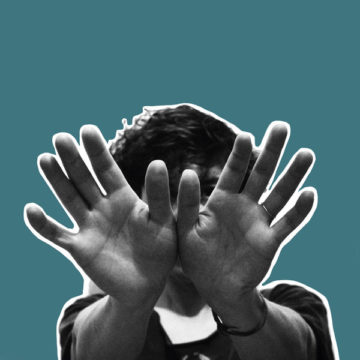 The Tune-Yards (stylized as tUnE–yArDs) is a duo who has been recording since 2009. The band is really the brainchild of Merrill Garbus, who started the band in 2006. In 2009, bassist Nate Brenner joined, and their debut album Bird-Brains was released to critical acclaim. It has been nine years and two albums since that debut, and over three years since their last album (2014’s Nikki Nack). But they have returned with a new album, with the brilliant title I Can Feel You Creep Into My Private Life.

This is not a negative thing to happen; in fact, it is quite welcome. This is an intelligent, well-thought-out album, both musically and lyrically. This album could be seen as a timepiece, in that it is very current to today, but ten years from now it will serve as an historical artifact. “Oh, you’ve given me a heart attack, when you jump so high you fall right back,” sings Garbus on the opening track, “Heart Attack.” She is not talking to a person, but a mindset. And the album is off. The track starts calm with her voice and an electric piano. However, before long, it builds to an almost-1990s-rave vibe. Very danceable, but there is more than a good beat to this song. It is an introduction to the almost-manifesto of the record.

I Can Feel You Creep Into My Private Life tackles many subjects, some of which may be uncomfortable for some listeners. But that is the point: Garbus is asking questions and making statements that challenge the listener. She does this because all of these issues impact her and everybody else. It is not a protest record, nor does she prescribe a solution, but what she does do is open the door to conversation and even debate. And all of this is set to incredible melodic and danceable music.

Brenner has done an excellent job with the production of this album. His musical sensibilities have produced a very accessible album, one that will find a place in many playlists. The playing is flawless and overall makes for a very listenable record.

On I Can Feel You Creep Into My Private Life, Tune-Yards has come of age. Kind of their Sandinista!, not in terms of music, but lyrical content. This is an album of which they should truly be proud. It will stand the test of time and probably be one of the many album highlights for the year.

Born and raised in Whitby, Aaron discovered music through his love of The Beatles. This led to a career in radio, writing for various publications, and ultimately a radio show about The Beatles (Beatles Universe), which ran for over four years. When not immersed in music, Aaron enjoys spending time with the loves of his life -- his wife Andrea, and daughters Emily and Linda (all of whom have an intense love of music too).
RELATED ARTICLES
4adalbum reviewsheart attack
9.0