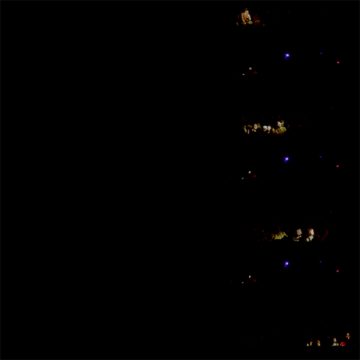 When The War On Drugs released their rightfully acclaimed Lost In a Dream album back in 2014, they were confirmed as certainly one of the best bands of the last decade. A Deeper Understanding from 2017 only confirmed that status. Since then, the band have been practically unheard of.

Maybe they like this three-year period between albums, or they have been on the road most of the time. But these days there are no “live in person” concerts, and if you haven’t had a chance to catch them live, with their new release, Live Drugs, the band shows that they are as potent live as they are on record.

Releasing a live album can be a double-edged sword for many artists. Such albums can include shoddy music, lousy musicianship, and terrible recordings. None of these are present here. Adam Granduciel and the band present some of their best music, the musical performance is outstanding, and the recording is crystal clear. All the more a true feat, keeping in mind that the band practically released this album by themselves, as a series of podcasts they are presenting as of the release of this album.

What we get is not just a live musical statement that shines, but yet another confirmation that we will hear more great things from The War On Drugs.

Formerly a lot of things, including a journalist and a translator, currently a freelance writer living in The Netherlands.
RELATED ARTICLES
album reviewalbum reviewsthe war on drugs
9.0