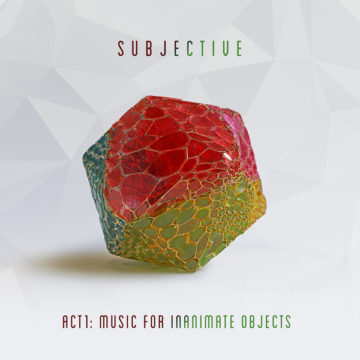 Few names carry more weight in EDM circles than English musician and DJ Goldie, aka Clifford Joseph Price. Banging out drum-and-bass hits since the 1980s, Goldie has now paired with with producer James Davidson, who previously worked with him on 2017’s The Journey Man, and the results are truly something special. These two have clearly developed an incredibly successful understanding of each other’s strengths, and according to the duo, they contributed equally in determining the vision for Act One: Music for Inanimate Objects.

The exceptional thing about expert electronic production (which is certainly on display here), is that every last element of the music feels purposeful, every instrument and tempo shift layered adroitly on top of the last. Consider the use of horns on album opener “Midnight Monsoon”, subtly layered into the song and only appearing in glimpses as if to lure the listener onwards. Equally impressive moments can be found on the slowly building, bass-heavy “Re-Entry” and the atmospheric “Rift Valley”, though the true standout is “Silent Running”, a mesmeric piece of sonic ambiance. Remaining true to the British model, Subjective default to using the classic female vocal lines at times, but this is their only decision that could be second-guessed.

In a year that has already produced outstanding EDM releases from Kid Koala and Farceb, not to mention a recent soundtrack for Netflix’s Polar from prolific and divisive DJ deadmau5, Act One: Music for Inanimate Objects is a highlight.

Br. lives in southern Ontario, grew up on The Beatles and The Journeymen, spent his adolescence immersed in grunge, and his adulthood in British alternative. His greatest joy is seeing his son dance and grow into his own appreciation of the indescribable joy of music...
RELATED ARTICLES
album reviewalbum reviewsgoldie
10