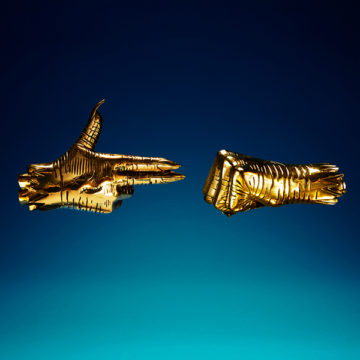 2016 has been a difficult year to say the least. In the year we witnessed a Reality TV Star become Leader of the Free World leave it to Run The Jewels, the knock out duo of Killer Mike and El-P, to make sure we head into 2017 with our fists raised in anger back up by a little bit of hope.

To the surprise of everyone the group released their highly anticipated Run The Jewels 3 three weeks early on Christmas Day. As duo said on their 2013 debut:  “It’s a Christmas ***** Miracle”

A perfect compliment to these uncertain times, RTJ have taken all of our anxieties for the future and backed it up with the heaviest of  beats. Producer El-P is firing on all cylinders. On RTJ3 he’s crafted a sound so monsterous only Killer Mike’s rhymes could tame them. Run the Jewels 3 plays  perfectly to the strengths of the duo. El-P knows exactly when to let the songs slow down enough to let Killer Mike’s superb flow take the driver’s seat. And together the duo have enough bravado to take on any target, including the incoming President. On the song “Talk to Me” Killer Mike boasts of going to war with a devil wearing a  bad toupee and a spray tan. Run the Jewels have no time for subtlety. In ” 2100” the group pleads with politicians to readjust the path we’re heading down. Advocating respect for the poor and reminding us not to hate those different from us.

But El-P and Killer Mike aren’t in this fight alone. Guests like Danny Brown and Tv On The Radio’s Tunde Adebimpe bring their A-game. The group is able to deftly intertwine these guests own style and blend it with the sound of Run The Jewels. Of course leave it to Run The Jewels to coax the legendary Zack de la Rocha into a blistering  surprise guest verse on the album’s closing track.

Run the Jewels 3 is an album that only slows down to so it can shift into a higher gear. 2016 may have been bleak, but thanks to Run The Jewels, 2017 will start off on the right. 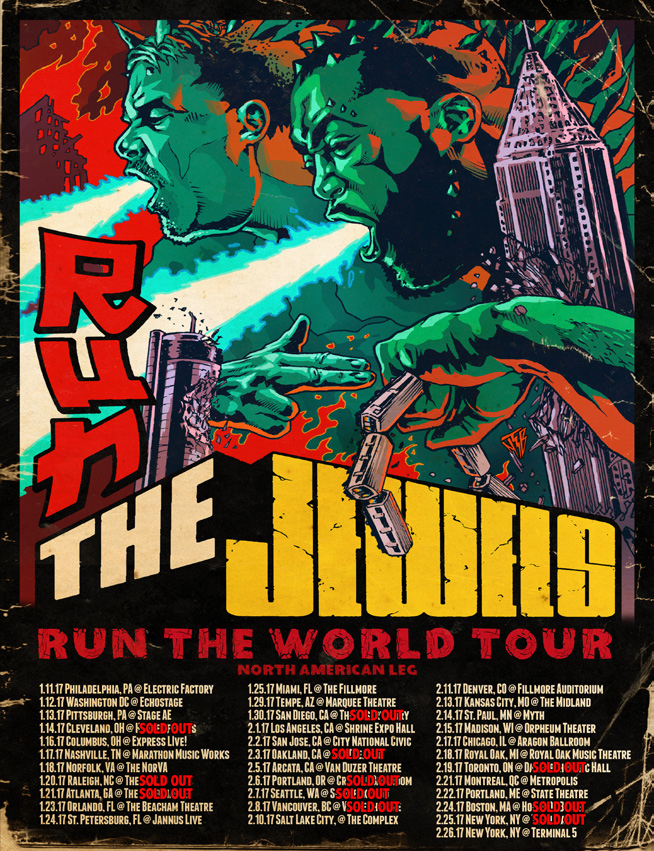 Photographer by choice, writer by necessity. Since moving to Toronto in 2011 Morgan has become an active member of Toronto’s music scene. On any given night he can be found at various venues with his camera in hand. There’s nothing he loves more than exploring all the venues this wonderful city has to offer, discovering new bands and genres along the way.
RELATED ARTICLES
album reviewsel-pkiller mike
10