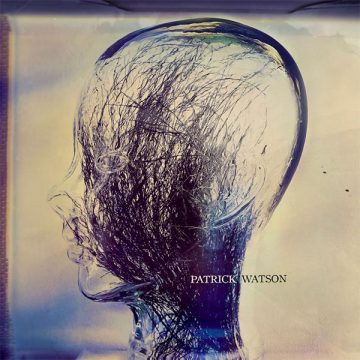 Wave is Patrick Watson’s eighth studio album. Since 2001’s debut (Waterproof9) Watson has been using the studio to paint audio landscapes. Wave is no exception. This is an album of textures, silence, and exquisite music. The music drifts and flows in and out of the listener’s consciousness, bringing deep intense emotions throughout the listening experience.

Watson has had a rather difficult time since his last studio album, 2015’s Love Songs For Robots. He wrote the soundtrack for the film The 9th Life of Louis Drax but more importantly he suffered some very deep personal losses. His mother passed away and he split with his longtime partner. All of this is reflected in Wave, both musically and lyrically. The music is sombre, quiet, and reflective. The lyrics are also, in many regards, quite painful. The opening track and first single, “Dream For Dreaming” sets the scene and the tone of the album.

“This dream I’m dreaming/
Won’t you wake me up tonight/
‘Cause this life I’m living/
Doesn’t really feel like mine.”

The songs concludes with “Don’t you wish that we were just dreaming?” It does pack a powerful punch.

Watson says more in the silence between the notes than he does with the notes strung together. This album demonstrates that more than any of the other Patrick Watson albums. Wave is a work of art, and an album that Watson should be intensely proud of. It is well-played, well-produced and well-thought-out. In other words, quite brilliant. Wave is the perfect title for the album. The music and lyrics wash over you, a gentle wave, not violent, but still it packs an emotional punch. A magnificent album.

Born and raised in Whitby, Aaron discovered music through his love of The Beatles. This led to a career in radio, writing for various publications, and ultimately a radio show about The Beatles (Beatles Universe), which ran for over four years. When not immersed in music, Aaron enjoys spending time with the loves of his life -- his wife Andrea, and daughters Emily and Linda (all of whom have an intense love of music too).
RELATED ARTICLES
album reviewalbum reviewssecret city records
9.0