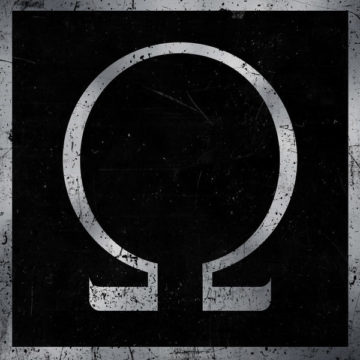 OHMelectronic is a Vancouver-based collaboration between producer Chris Peterson and musician Craig Joseph Huxtable. Dubbed the “perfect soundtrack for dark times” by the duo’s publicity team, the self-titled album is indeed a foray into gloomy industrial-electronic music. Unfortunately, the results are far from perfect.

The most noticeable aspect of this album is the almost painful repetition, both musically and vocally. Every song is founded on this concept and it quickly becomes apparent that when the duo’s ideas began to dry up, it turned to a cut-and-paste approach, repeating lyrics, phrases, and patterns of sound. The raspy, occasionally whispered vocals are just as entertaining as the penchant for repetition, though lead singer Huxtable breathes some life into a handful of songs by raising the urgency and passion of his delivery, even though he does so only to state the same line over and over.

The album’s tone is largely based on nihilism and pessimism; Huxtable’s lyrics are often variations on the themes of crisis, lack of control, anger, and the need for action in the face of these dark times. The ideas, like the rest of the album, are neither novel nor authentically urgent, and the sum fails to grab or hold the listener’s attention in a meaningful way. In a year of high quality in electronic music, this album is a definite miss.

Br. lives in southern Ontario, grew up on The Beatles and The Journeymen, spent his adolescence immersed in grunge, and his adulthood in British alternative. His greatest joy is seeing his son dance and grow into his own appreciation of the indescribable joy of music...
RELATED ARTICLES
album reviewalbum reviewsartoffact records
8.0