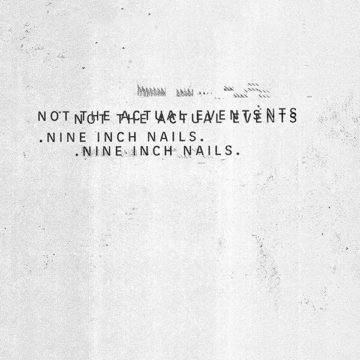 NIN.COM is down. Only this appears… 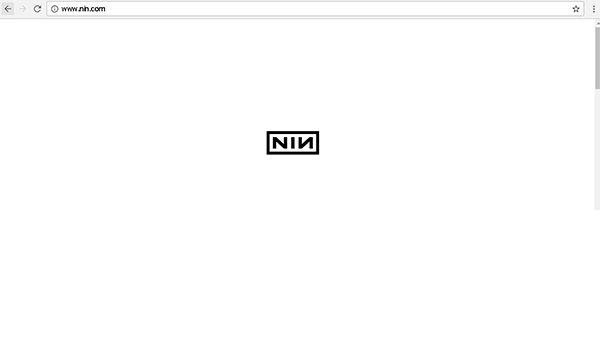 It’s happening. FINALLY! I’ve decided not to eat or sleep or communicate with the world until it happens. I will enter a deep state of meditation to prepare my chakras to receive “Trent”.  Just as you walk into my house, I have a paper with the letters “NIN” written on it, hanging above the front door. I have literally been ready all year.

Atticus is now in the band apparently. He’s got some great collab work on his resume. The site is back up. I’m scrambling for my PayPal password. 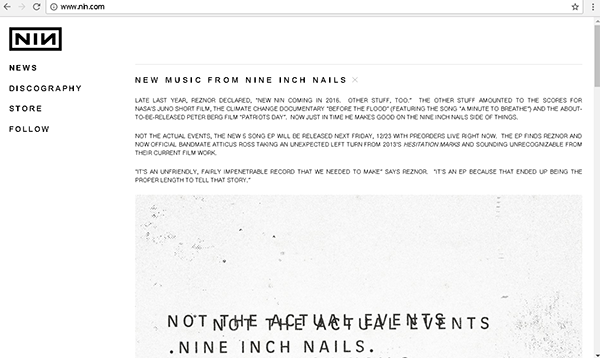 Put it inside me. PLEASE! 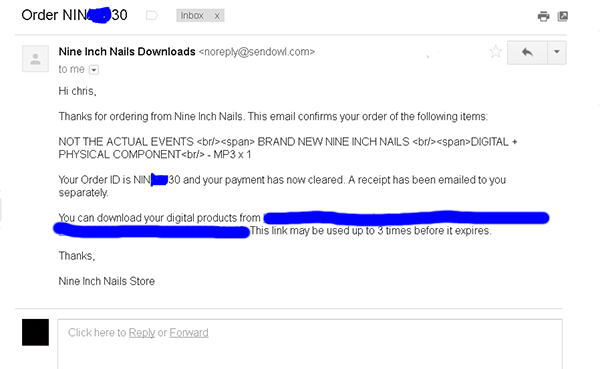 It’s definitely not the 23rd yet. I keep checking. This is taking too long. I have to find a way to make the time go by. I MISS you.

I have to go see “Fire The Neighbors” tonight, but I’m feeling sick.  I’m staying home to drink hot chocolate made with real baker’s chocolate, marshmallows, and lots of bee barf in it. Goddammit. FTN is dope. Have ta check ’em in the new year.

I have been doing so many mushrooms. Where the fuck have the last few days gone? I remember trying to get into the Marrows show last night… but they turned me down because I didn’t bring ID. … Also, I woke up wearing a workout shirt with the “KAME-HOUSE Turtle Hermit Martial Arts” symbol on it, and GOKU had died again while I was passed out. WHAT THE FUCK HAPPENED WHILE I WAS GONE?!!?!?…

Also, the house is REALLY CLEAN… Thanks, Wyatt and Drew!

Turns out, during those missing days, I definitely made it into work – or the aliens brainwashed everyone else too. 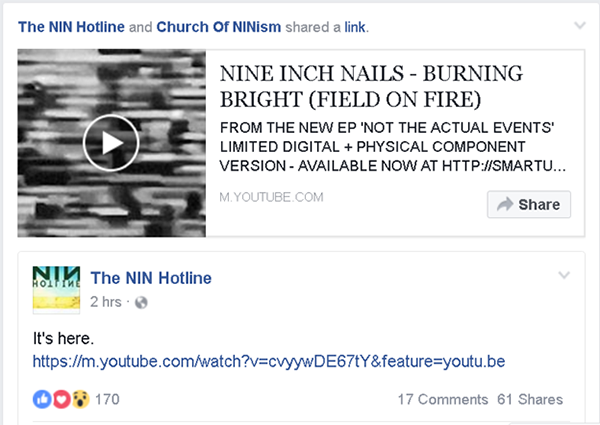 I thought this was gonna drop FRIDAY…

This album is an EP. For Trent this pretty much means this isn’t the finished product. Still, it’s a great combination of old and new.

Let’s begin. Mind you, I didn’t hear it in order.

Right off the bat, I got the feeling you get when you’re crunk and want to smash your face into something, keeping time with the song. Feels old skool, and there are a lot of both feels on this EP. Break through the surface and breathe.

Sounds like Hesitation Marks wasn’t finished yet. Hesitation Marks isn’t my fave album. There’s some great stuff on it; it’s just not “The Slip”. I think that Trent’s writing a letter explaining to the world how outside of it he is. Artists and scientists in general tiptoe around those who are asleep, lest they freak on you for disrupting their mindless trance of mindlessness. This is life amongst humans. The weed doesn’t get me high anymore, but outside… everyone seems to be asleep.

Mariqueen makes this chorus. This song makes me want to sit in a dark corner in my room, smoke a hill of weed, and rock back and forth moaning my guts out like Trent in the song. In fact… this was my fave pastime for a good while… now I’ve got a soundtrack for it.

Thanks for delivering on your first promise of new NIN in 2016, Trent.

Thanks for breaking your promise of a FRIDAY DEC 23RD 2016 release date, and releasing it a day early.