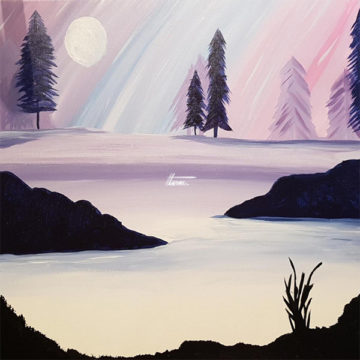 Andrew Laffey (who goes by the name Laffey) is a producer who has branched out to being a musician in his own right. Ten is is second album (Laffey being his debut album released earlier in 2018). Ten is a short album  comprised of seven tracks. But those seven songs are are full of sounds and melodies that they will keep the listener busy for a very long time.

Laffey creates lo-fi, instrumental chill out music and he is smart enough to know when the song has reached its natural end. The songs do not overstay their welcome. Laffey is in and out with each song so that he does not allow the listener to get bored.

Laffey also has the ability to build the songs with multiple layers, yet the overall impression of the songs is quite stripped and bare. He is able to incorporate silence throughout and his use of beats and interesting beat structures adds to the overall mood the album produces.

Laffey is also not afraid to incorporate interesting sounds and ‘found sounds’. Listen to “Yawnn” and the buried sounds of people talking. “Life of the party” repeated throughout “Sorryisleptin” adds to the overall atmosphere and creates a rather eerie effect. He also uses the sound of vinyl, static, and pops. Using these sounds for rhythm may not be entirely original but it does make for interesting listening.

Laffey has created a wonderful album with Ten. He has created an album that is melodic and different. As a young artist, he has already created his own distinct style. His production is perfect and his timing in terms of edits and beats is very natural.

That is the strength of the album and Laffey’s music. It is never jarring. It has a beautiful flow that brings the listener in and maintains their interest and attention. Not an easy task with chill, lo-fi music such as this, yet Laffey accomplishes this task.

Born and raised in Whitby, Aaron discovered music through his love of The Beatles. This led to a career in radio, writing for various publications, and ultimately a radio show about The Beatles (Beatles Universe), which ran for over four years. When not immersed in music, Aaron enjoys spending time with the loves of his life -- his wife Andrea, and daughters Emily and Linda (all of whom have an intense love of music too).
RELATED ARTICLES
album reviewalbum reviewsandrew laffey
8.0