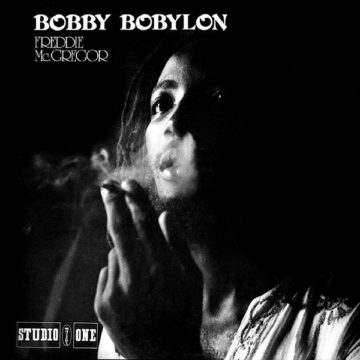 This is one of those classic sets that should be on everyone’s playlist; it is almost inevitably included when talk moves to the subject of classic reggae albums. Initially released in 1980, it was Freddie’s second album (although he already had more than a dozen years recording experience) and the one that really established the reputation he enjoys right up until the present day. Studio One – the late Sir Coxsone Dodd’s label – has been described as a “reggae university” by more than one of Jamaica’s leading musicians. Freddie’s silky singing was well showcased on the original album, reworking older singles and singing over recycled Studio One “riddims” – basically updated backing tracks, though that sounds a little uninspiring, and these tracks certainly inspire and excite – and the material deals with Rastafari (‘Rastaman Camp’ has a strong Bob Marley influence), the violence then prevalent in Jamaica, and, of course, romance.

Freddie successfully achieves a delicate balance between tracks that appealed to the local audience and international acclaim in the wake of Bob Marley’s success.

For this reissue, Studio One has added a further eight tracks to the original ten, expanding the original running time to almost 70 minutes. The additions are very much in keeping with the original LP, featuring material that was issued around the same time, often in extended mixes, and as on 2006’s Heartbeat reissue, it includes dee-jaying (or “toasting” as it was called back then) by Lone Ranger on  the extended ‘When I’m Ready/Jacklyn’.

If you don’t already have this music, and you have any interest at all in reggae, here’s your chance to remedy that oversight. Pretty close to absolutely essential.

The Spill Magazine is a Toronto-based online publication dedicated to covering the independent music scene with a strong focus on our thriving hometown talent. Our writers bring you up-to-date news, in-depth features on musicians and reviews for the latest CD releases. We also travel to the front lines for all local festivals including Canadian Music Week and North by Northeast. Don’t forget to check out our Facebook and Twitter pages for all daily Spill updates.
RELATED ARTICLES
album reviewsstudio one
8.0