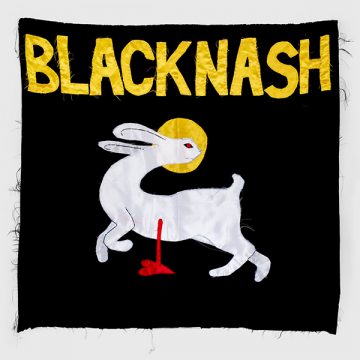 So, what do you do when you get out of the army after five years? You record an album at home, of course! Well, that is at least what Jody Smith, aka Black Nash has done, and resulting in his self-titled album.

It seems almost everyone is doing it these days, including big-name artists. Sure, but is everybody able to come up with a ramshackle bedroom pop album that doesn’t necessarily sound like it was recorded in a bedroom and really works?

Not really, not even some big names, but Smith it seems did just that. Recording practically everything except some help from friends on drums, he was able to come up with jagged-edge pop pearls that seem like they will fall apart at any moment, but never do, and suddenly transform into a full-blown melody, as on “Love Underwater” or closing “It’s You.”

Smith’s thoughts and compositional process seem to work in a similar ways as those of “ramshackle genius” Alex Chilton, reminding one in that manner of Big Star’s absolute classic Third  album.

The only problem with Black Nash as an album is that it raises the expectations as to what Smith will come up with when he gets into a full-fledged studio.