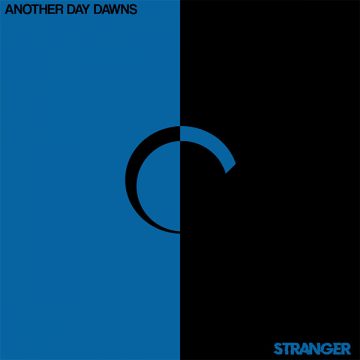 Among a growing scene of emerging hard rock bands that has been sweeping across America over the past few years, a number of independent bands have come to stand out for their musical output. Another Day Dawns, a modern hard rock outfit from Pennsylvania, is just one of those bands, and their sophomore EP, Stranger, is a testament to just that.

Without even the slightest warning, Another Day Dawns hits you in the side of the head with a sledgehammer with the unrelenting opening track, “Beautiful Suicide”. Reminiscent of Linkin Park, the aggressive and explosive track is driven by a strong metal vibe of the past decade, yet feels similar in tone and structure to the nu-metal of the ‘90s. It’s rare that bands take on such an obvious influence nowadays, and even rarer when done with such finesse and quality.

“Am I” follows in a similar hard rock/nu-metal vein as the opening track, however, it feels more fleshed out to create a more dynamic song structure. The same could also be said of the riff-heavy closing track, “Forget Me Not”. In an attempt to bring a wider scope to the EP, Another Day Dawns have included the acoustic ballad, “Never Okay”, which feels less exciting that the rest of the record as it lands in slightly vanilla, pop punk slow burner territory. That being said, “Taste Of Heaven” embraces a modern sound with a classic rock flair and a simple, yet absolutely killer, guitar riff and is easily the strongest track on Stranger.

While they may not be reinventing the wheel, Stranger feels more original than most other up and coming rock bands of today. Furthermore, the recorded performance from Another Day Dawns is simply incredible. Without seeing them live, it is abundantly clear that this is a tight band with a strong sense of musicality. Add in a great set of songs and Another Day Dawns is sitting on a very strong followup EP that is bound to make waves.