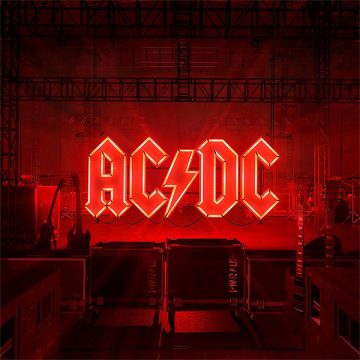 Despite the running joke that all of their albums sound the same, AC/DC remains among the biggest bands in the world, a seemingly unwavering position they’ve held since ‘80 that has survived over 10 records, countless tours, a frequently changing lineup, and, sadly, the passing of founding member and rhythm guitarist Malcolm Young in 2017. Returning with their first album since his death and since their 2014’s Rock Or Bust, AC/DC hit hard with a solid classic rock album.

Power Up opens with the latest single, “Realize”. The massive rocker certainly harks the return of AC/DC in both fine and traditional form with a track very much in tone and style of some of their biggest hits. “Realize” gives a distinct “For Those About To Rock (We Salute You)” and “You Shook Me All Night Long” vibe than fans will surely love. The hard-hitting, ‘70s rock continues on the following “Rejection” and the lead single, the incredibly bluesy “Shot In The Dark”. These songs, along with the likes of “Witch’s Spell” and “Demon Fire”, affirm that AC/DC is very much back.

Power Up is, without a doubt, at its best when AC/DC actually attempt to push past the expected mold. Songs like The Rolling Stones inspired “Kick You When You’re Down” and the Aerosmith influenced swagger of the closing track “Code Red” are definite highlights on the album. That being said, even when they move beyond the rhythmic guitar chords that have become synonymous with their legacy, they don’t make it very far. With simply nothing to lose, Power Up truly could have been a moment for AC/DC to defy all odds and expectations with a refreshing and reenergized sound. Despite this, the band still sounds larger than life with Angus Young’s solos proving to be worthy of his guitar legend status and Brian Johnson’s vocals sounding as strong as they always have.

Without reinventing the wheel, AC/DC return with an undeniable classic rock record that is sure to take the charts and fans by storm. The singles are massive, the deep cuts are strong – sometimes even a touch unique – and, with a united band, Power Up may very well be their best release in the last two decades. More importantly; however, Power Up is a powerful and fitting tribute to Malcolm Young, one that, ultimately, lives up to the revered and legendary legacy of AC/DC.

A passion for music has always been a part of Gerrod’s life. As a young boy, he was raised on a steady diet of the music from The Chili Peppers, Aerosmith, The Stones, Prince, and others from his mum. Raised in the GTA, Gerrod continued to foster his love for music by attending a wide range of concerts and learning the drums. His unapologetic passion for music has no bounds and has spread to a wide variety of styles, whether it be the 90’s rock that sound tracked his teenage years, the jazz he studied in university, or his newfound love for hip-hop. He recently received his bachelors in music and education from York University and is passionate about writing and reviewing good (and less than good) music. Gerrod is also the drummer and songwriter for a Toronto based rock & roll band, One In The Chamber.
RELATED ARTICLES
ac/dcalbum reviewalbum reviews