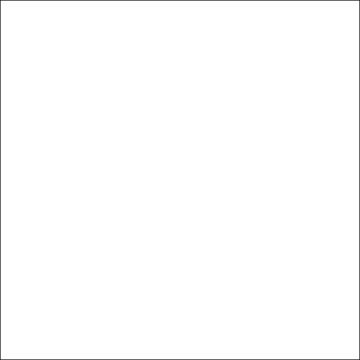 In 2012 I received a CD by a Brooklyn artist named Aaron Roche. The CD had the intriguing title !BlurMyEyes. It took some getting used to but I came to appreciate and love that album. Since then Roche has released a number of singles and some collaborations. Roche is now back with a brand new album, HaHa HuHu.

Roche has been busy since 2012, working with artists such as Sufjan Stevens, ANOHNI, R. Stevie Moore and Lower Dens. He also played trumpet with his dad’s brass band and composed music for a ballet. However, it is so good to have him back with this new release.

Aaron Roche is in a league all on his own, part folk, part indie, part question mark. One thing is for sure, his music is sublime, thought provoking, sad, and memorable. HaHa HuHu is his most recent album and his first for figureight records, a label owned by Shahzad Ismaily (a talented musician and composer in his own right).

HaHa HuHu is a brilliant album. Difficult at times to listen to due to its rather depressing outlook, it is a beautiful artistic statement. On the track “Like Why I”. Roche plays all the instruments but adds sounds that set you on edge. Featuring vocals by flutist  Alexandra Sopp, the song has a mantra “So many sins, so many times, nobody wins, it’s a hard life”. Roche utilizing odd beats, with Sopp singing/chanting and Roche singing over all this sound. It is almost like a prayer yet with little hope, or perhaps there is hope in knowing that nobody wins.

Phil Keaggy makes an appearance on the song “Sig Beeg Sig Moor”, the concluding track on the album. A beautiful, emotional and oddly hopeful instrumental. This track follows the disturbing “K Is Manic”, which starts off with a beautiful choir and a choral piece that Roche wrote, and ends with the sounds of a panic attack. It does get the point across, that life is not easy.

Roche has said that much of HaHa HuHu was written while he was grappling with mental illness. Clearly music helped him and provided an outlet and although it is a tough topic, Roche handles it in such a beautiful way that one gets lost in the beauty, which is occasionally broken with more disturbing images, But it all fits together and it works as a complete album.

The highlight of the album comes late in the record. “The Terror”, which features some of the finest lyrics in pop music. The song reads like a poem. Honest, painful and yet he is here to sing the song. So, Roche has been able to produce a work of art that leaves the listener moved and altered once it is finished.

The expectations were high for Roche. And with HaHa HuHu he exceeded all expectations and has delivered an album that stands out. With his silences throughout, sparse production and interesting use of instrumentation, Roche has made an album that is as important as some of the greatest personal albums released throughout the years. Much like Lennon’s Plastic Ono Band, it is not easy listening and it is not always beautiful but it is essential and although personal to Roche, it will touch others’ lives too. A true work of art.

Born and raised in Whitby, Aaron discovered music through his love of The Beatles. This led to a career in radio, writing for various publications, and ultimately a radio show about The Beatles (Beatles Universe), which ran for over four years. When not immersed in music, Aaron enjoys spending time with the loves of his life -- his wife Andrea, and daughters Emily and Linda (all of whom have an intense love of music too).
RELATED ARTICLES
aaron rochealbum reviewsbang