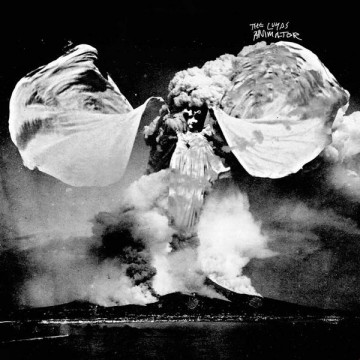 From the earliest moments of Animator, The Luyas create a scene of natural beauty from the most unexpected instruments. A stuttering drum machine, recorded with a touch of reverb, evokes the sound of stalactites dripping water into reflecting pools, and the heraldry played on a flute suggests Popul Vuh’s ’70s collaborations with filmmaker Werner Herzog. Instead of building on this riff, however, “Montuno” morphs into a flurry of violins that sounds both menacing and oddly comforting.

The rest of Animator balances between these moods of heraldry and despair. While The Luyas have a gift for melody and arrangement – the building blocks of great Pop music, to be sure – the extensive lengths of the songs and the recurring musical themes give it the heft of a more substantial work. The most accessible song from this album, “Fifty Fifty,” sounds like a mashup of a spy-movie theme song (with its propulsive bassline) and the background music for the most awesome ’70s Sesame Street animated short ever. The band’s work sounds even more satisfying when they draw on a tribal rhythm or a drumbeat that sounds like natural phenomena and build a groove from it. The shuddering beat and keyboard riff that permeate “Your Name’s Mostly Water” suggest the unmoored emotions that come with new love.

Song lyrics are hard to understand. Lead singer Jessie Stein comes off as a post-millennial Blossom Dearie, singing in a girlish high soprano with a slight lisp and soft diction. Producer Pietro Amato recorded her vocals in a noticeable echo, and her voice is mixed as another instrument instead of being pushed to the fore in the tradition of a Rock vocalist. At times Stein’s voice serves as a human scale for the musical peaks and valleys surrounding her. The few snatches of lyrics that float to the surface further the sense of unease permeating the album.

According to the liner notes, Animator was written in part as a tribute to a friend of the band who died suddenly. The music – which both imparts an epic quality and a detailed sense of intimacy – is one of the kindest tributes to a fallen friend, and one that serves this friend’s memory well.