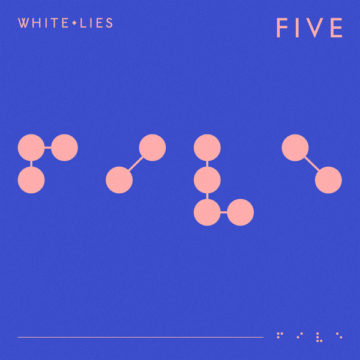 White Lies is bringing the hooks on their fifth album, but this time without the naïve sense of live or die urgency of their first, To Lose My Life…, rather this is a more seasoned albeit subdued take on pop aesthetics. The album is less athematic than earlier releases and this is not a bad thing anymore. The band, now in their early 30s instead of early 20s, has shown that they can write sensible and well-produced fare while still keeping things engaging. Early takes on White Lies have always been that they are the failed second coming of Joy Division, but I would disagree as they have created their own dark and melodic milieu. Standouts are their first single “Time to Give”, and “Denial”. These hits are great mid-tempo songs with striking choruses, that could be played in any stadium and make even the most jaded listener move their head. To everyone who is counting out White Lies, it seems they are not going anywhere as they continue to reinvent themselves with longer, darker, more complicated, and just plain fun songs that will be played over and over, possibly not on the radio, but who really cares about radio anymore?

Ex-pat living in Geneva, Switzerland from the hard streets of Baltimore, Maryland. Ex-radio-monkey and avid listener of all things that are supposed to be cool.
RELATED ARTICLES
album reviewalbum reviewsfive
8.0