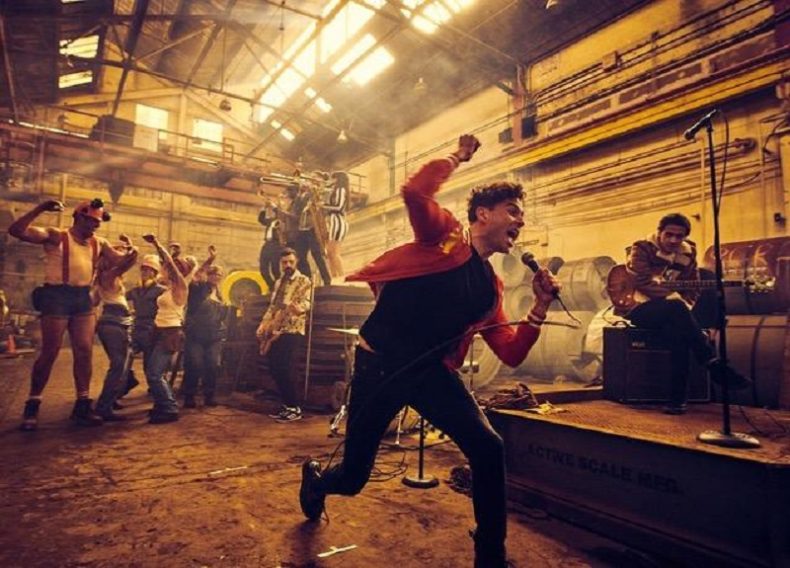 Arkells release the much-anticipated video for “People’s Champ” today via Last Gang Records. Directed by renowned photographer & creative Matt Barnes, the video brings the optimism sought within “People’s Champ” to life. Shot in the band’s hometown of Hamilton, Ontario, the video aims to find the joy at the at the heart of every-day, mundane surroundings.

“‘People’s Champ’ is a political song, but also a joyful one,” says frontman, Max Kerman. “There’s a pulse to the song we wanted to capture. We wanted to see images of different kinds of people coming to life through music and the company of their friends and surroundings.”

Arkells’ vision was realized through the direction of respected collaborator Matt Barnes. “Matt Barnes has a style of photography that is uniquely HIM. He always casts interesting subjects and is able to create a world within its own. We jumped at the opportunity to make a video with him – his effervescence makes for an amazing time on set,” added Kerman.

“People’s Champ” is the first single to be announced off the upcoming fifth studio album from Arkells, set for release later this year. Written and recorded in Toronto by Arkells, produced by their previous collaborator, Eric Ratz (“Knocking at the Door” and “Leather Jacket”), and mixed by Mark Needham (The Killers, The 1975), “People’s Champ” is an upbeat, horn-infused, politically-charged anthem that is resonating deeply with listeners. CBC calls the song a “top contender for the title of 2018’s protest song of the year.”

The band has since got the tune in fighting live form after their freshly-wrapped month-long UK tour supporting folk-rock troubadour, Frank Turner. “Playing ‘People’s Champ’ on tour every night and hearing the call and response from a crowd is a continuation of a theme we’ve had throughout all of our records. From “Whistleblower” to “Knocking At The Door” to “People’s Champ” – as songwriters, writing about our community and the people who inspire us is one of the things the band enjoys the most. All of these songs are just daily hymns that celebrate values that are important to us,” Max Kerman. The song is set to debut next week as a key theme to the NHL’s Stanley Cup final.

Earlier this year, Arkells announced “The Rally” on June 23, an official kick-off to the summer, live at Tim Hortons Field in Hamilton, with special guests Cold War Kids, Bishop Briggs and Ellevator. Due to popular demand, the hometown show was shortly upgraded to a full stadium affair of up to 26K tickets, making it the band’s biggest headline show to-date, surpassing their 2017 summer show at Budweiser Stage in Toronto which sold out in three days. In partnership with PLUS 1, Arkells have already raised over $20K through ticket sales for “The Rally” that will be donated to Refuge: Hamilton Centre for Newcomer Health. For tickets and additional information please visit: http://www.arkellsmusic.com/therally.

SPILL NEWS strives to keep our readers up to date with news and events in the music industry. We keep you informed of the most recent information regarding new releases, tour dates, and information items about your favourite artists.
RELATED ARTICLES
arkellslast gang recordspeople's champ